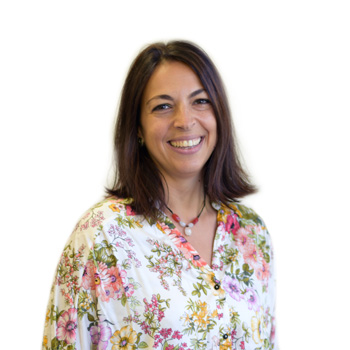 Maria Salliari is a professional actor and director. She has been employed at PIERCE-The American College of Greece since 2007 as a theatre coach of Hellenic Theatre Club, Forensics Club (Oral Interpretation of Literature in English) and Pierce Leadership Academy (Humanism Module – Theatre). She has also been employed as Artistic Director at events like The World Schools Debate Championship Opening Ceremony at PIERCE’s theatre (2009) and at the ACG’s Alumni Awards Benefit Dinner at Athens Megaron (2011).

She has worked as an IB Theatre teacher since 2017. The subject’s area of focus is the creation of theatre from the perspectives of actor, director, designer. Teaching includes both theoretical and practical classes on world theatre. She is also an IB examiner in Theatre.

Her professional work extends to coaching and directing professional and amateur groups since 2007. Her main area of interest is the collaborative approach to creating art and the language of physical theatre. She has also, upon invitation, designed and facilitated a variety of workshops for educators focusing on theatrical techniques that serve as tools for effective teaching. (Directorate of Secondary Education B’Αθηνών, Pan-Hellenic TIE Network, Kinitiras Artistic Network) .