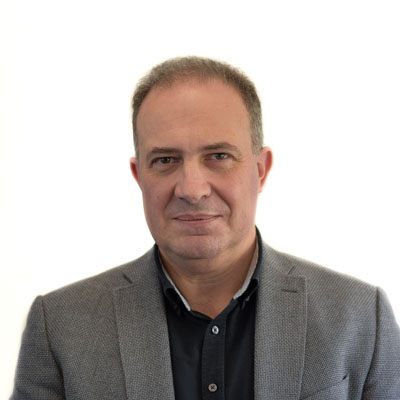 He has presented papers at various conferences, workshops and congresses, and has published his scientific work in numerous proceedings in Greece as well as in international scientific magazines. He has been a member of Organizational and Scientific Committees in many congresses and a reviewer in scientific Journals. He is an active member of “Hellenic Mathematical Society” and of “American Mathematical Society”. He was awarded a graduate fellowship by the Greek State Scholarship Foundation (I.K.Y.), for a PhD dissertation in Pure Mathematics. He participated the research program “Konstantinos Karatheodory” at the University of Patras during the years 2001-2003. He was an instructor for in-service training for the new Math textbooks of Gymnasium, by the Greek Ministry of Education (September 2007). He has been certified by the Greek Ministry of Education (December 2013), for the use of digital tools in teaching process (training levels A, B). Finally, he was actively involved as a special expert in the Mathematics’ syllabus for the last class of Lyceum (12th grade), by the Greek Ministry of Education (January 2015).