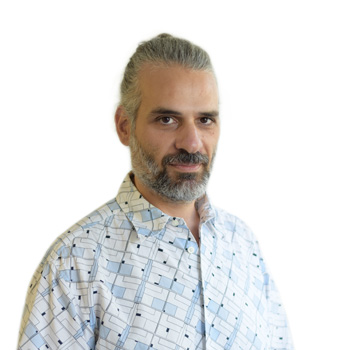 Mr Ioannou has been a member of the PIERCE faculty since 2016. He has taught Art in secondary education since 2009 and the IB DP Visual Arts Course since 2011. He is also a P/T professor at the Visual Arts program of Deree since 2015. He is currently teaching the Visual Arts course in the IB programme and also serves as a CAS advisor and Group 6 representative. He is an official examiner for the IBO since 2017.
In the past he has taught Photoshop in seminars for adults and MYP Visual Arts (MYP Head of Arts) among others.

He has also participated in several notable group exhibitions: (most recent) ‘Voyage Around My Room’, Kentro Tehnon, ‘Curved Arrows’, Kunstraum am Schauplatz, Vienna, ‘The Collection as an Automaton’, ACG gallery, 2019, ‘Stopping Point’, Daily Lazy Projects, 2018, ‘CHROMA III’, Volt Gallery, Bergen Kjøtt, Bergen, Norway, 2012.
He has worked as a web designer and as an illustrator for a parenting magazine.