A group of Pierce Gymnasium students visited Belgrade, the capital of Serbia, May 7-12, as part of an educational exchange with the Rudjer Bošković School. The students of both schools had prepared projects on the theme “Athens-Belgrade: History and Architecture,” which they presented to their classmates and teachers. 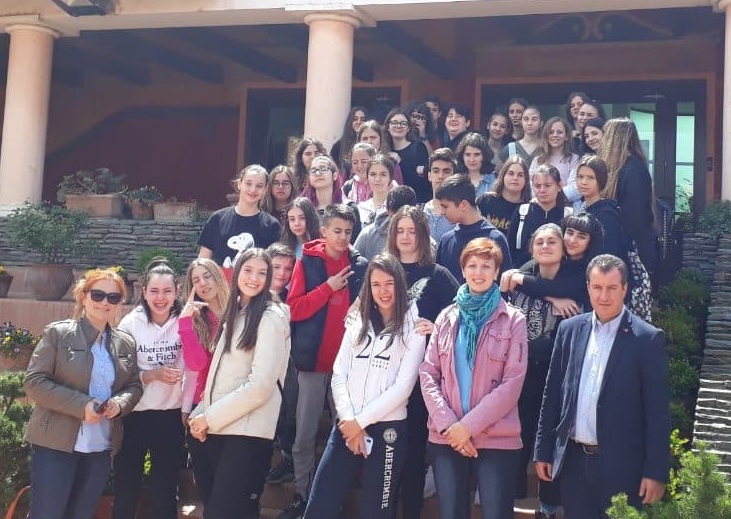 The Pierce students were hosted by the Serbian students and their families. They attended educational programs and art workshops, visited important sights in Belgrade (Tomb of the Unknown Soldier, Avala Tower, Museum of Illusions, Military Museum, Kalemegdan Fortress), took a guided tour of the Roman city of Viminacium, capital of the Roman Province of Moesia Superior (1st to 4th century AD) and were welcomed at the Institute of Public Diplomacy of the Serbian Ministry of Foreign Affairs. There they had a unique experience, as part of the commemoration of the 74th anniversary of the end of World War II, where two survivors of the Jasenovac concentration camp for Serbs, Jews and Roma described the atrocities they experienced as children, inside and outside the concentration camp, causing an emotional response on the part of all those attending and conveying the anti-war message “Never again!”

Saying goodbye was not easy. Happy and richer in experiences and knowledge, our students returned to Greece, having promised to meet again next year!