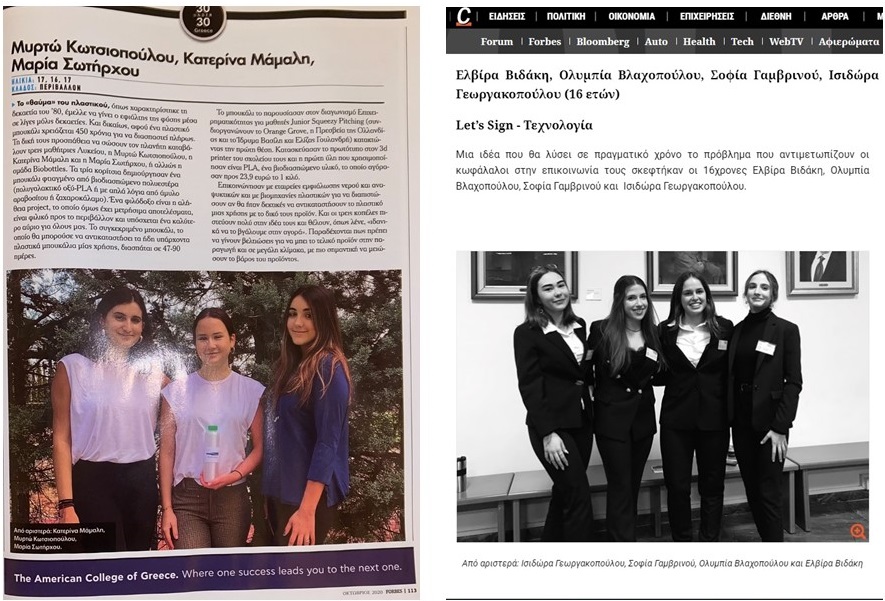 Pierce student businesses Biobottles and Let’s sign were included on the Forbes list “30 under 30” (October 2020 issue)! It is the list of young men and women – under 30 years of age – who are active in different fields and have already managed to distinguish themselves in their fields for their vision and their ambition.

The final selection of the 30 under 30s was made by a 4-member committee of personalities from the field of business and economics. The committee was formed specifically for this purpose and was made up of: Spyros Theodoropoulos (Managing Director of Chipita), Nikos Karamouzis (former President of Eurobank and the Hellenic Bank Association, President of Grant Thornton), Michalis Bletsas (Director of Informatics at the MIT Media Lab) and Theoharis Filippopoulos (President of Capital.gr, President of Attica Publications).