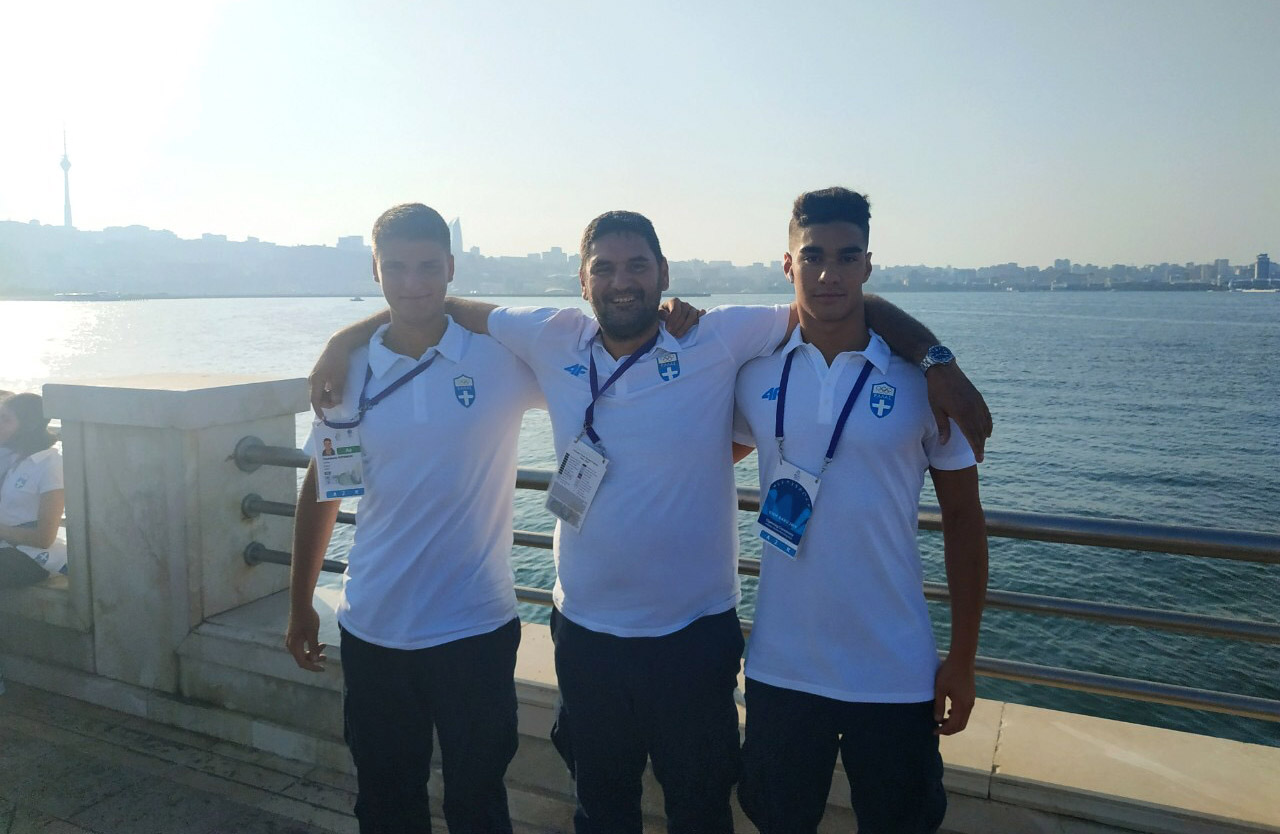 The two students are escorted by George Vallas, Head Coach of the Deree A.C., coach of the National Swimming team and Head of the Greek Swimming Delegation.

Konstantinos Stamou made a triumphant appearance at the European Junior Swimming Championships in Kazan, Russia (July 3-7, 2019), where he qualified in two finals, the 4×200μ. Freestyle and the 4×100μ. Mixed Medley, with an amazing performance in both races.

In the 4×200μ. Freestyle, the Greek National Team twice broke the Panhellenic record, both in the preliminary and in the final, in which he achieved 4th place, with Konstantinos making an amazing performance. It is worth noting that the performance of the National Team in the final improved on the former Panhellenic record by 7 whole seconds! On the last day of the championship, Konstantinos swam in the 4×100μ. Mixed Medley, in which he had amazing performances in the preliminary and improved on his own individual performance by 1.5 seconds, taking the National team to the Final. In the Final that afternoon, Konstantinos repeated his morning performance and our nation’s team achieved 8η place.

Theodore Mitsakos, Pierce student and Deree Tennis Academy athlete, won his first points in the World ranking of under-18s following his successful course in the ITF U18 Tournament, which took place in Tunisia. Having won a very difficult round, Theodore managed to qualify among the top 16, playing in 3 sets of the 32 on the board. There he came up against an older athlete from Namibia, who defeated him. In doubles, playing with Labenne from Τυνησία, he managed to reach the semi-final, in which the pair was defeated by the French pair who were participating in the tournament.

Theodore, who is just 15 years old, has begun competing against athletes that are quite a bit older than him and he has already got his first points in the world ranking of under-18s.

Congratulations and good luck to both our athletes!