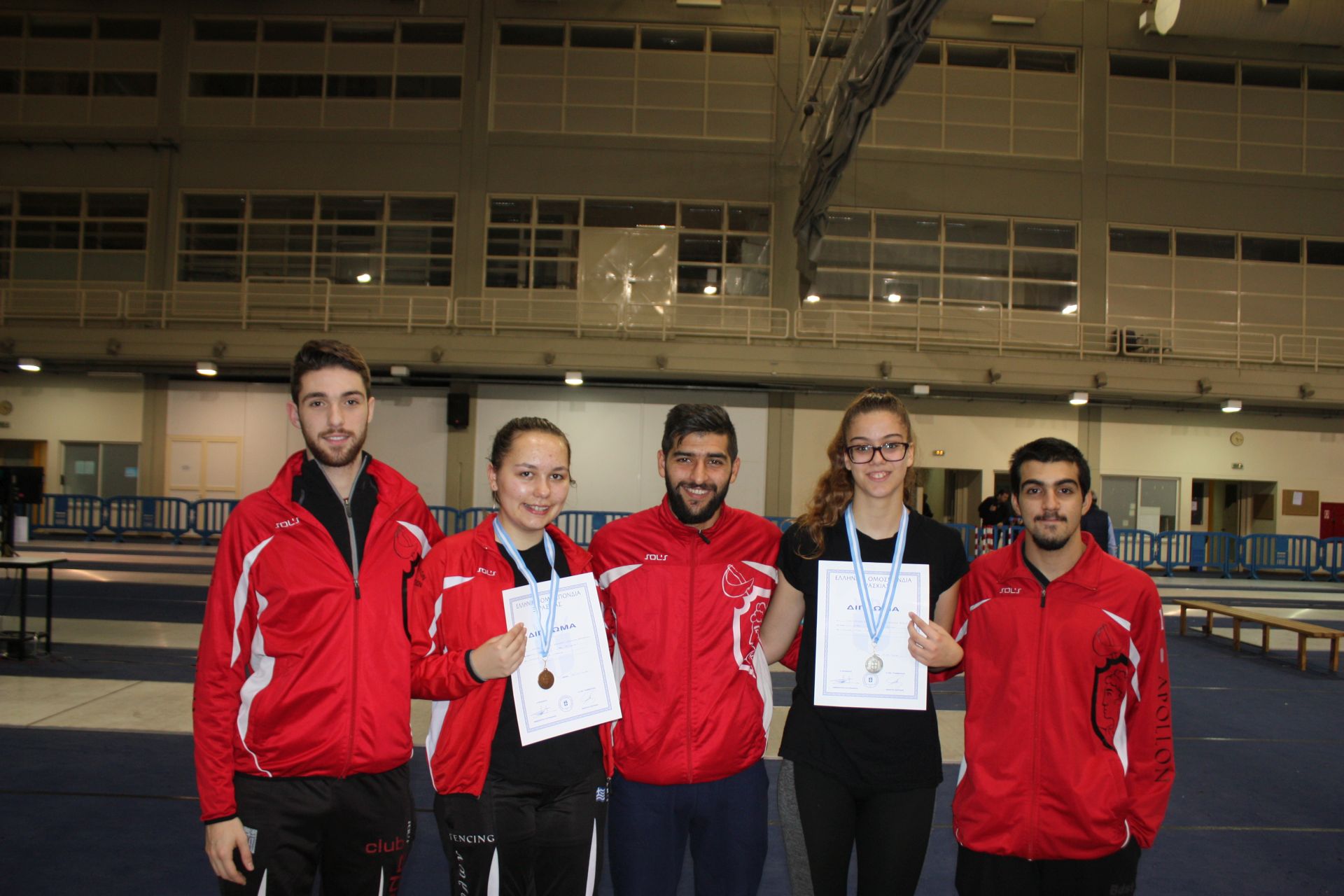 Pierce A Lyceum student Artemis-Caroline Christea achieved 3rd place and won the Bronze medal in the “Young Men and Women’s Cup.” The student belongs to the Apollon Athletic Club of Vrilissia for Fencing and the competition took place under the auspices of the Hellenic Fencing Federation at the Olympic Stadium (OAKA) on Sunday, November 25, 2018.

Artemis is currently ranked number 4 in Greece in the Cadet category (Under 17) and number 8 in the Junior (Under 20) and Senior Women’s category. Since 2015 she has achieved 10 times 1st to 3rd places in Greek Fencing Tournaments, and participated in International Fencing Tournaments in Austria, Germany, England, Bulgaria, Romania, Hungary, and Poland, as well as in International Fencing camps in USA and Ukraine. She is an excellent student, fluent in three foreign languages and also participated in the “Erasmus Programme of the European Union – European Games of Integrated Fencing” (Italy, September 3-8, 2018).