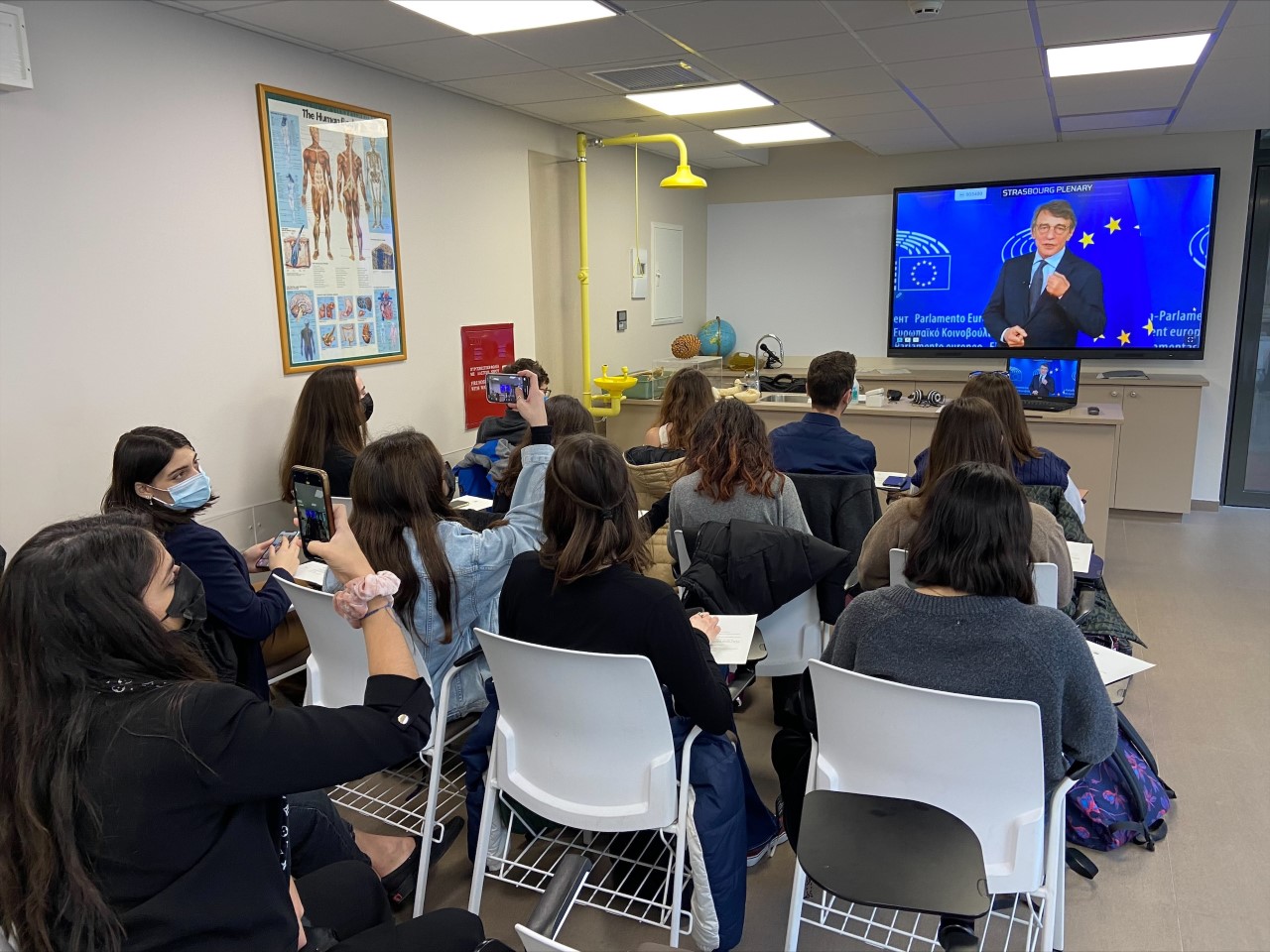 Within the framework of the program Euroscola, on Friday, December 10th, 16 students of the Pierce Lyceum and IB attended a two-hour online meeting – update with members of the European Parliament, in Strasburgh. Ioanna Varotsi, Maria Douka, Paraskevi Kalognomou, Adamantia Kanonopoulou, Ioanna Bikou, Tomazina Kontou, Alexandra Kourti, Aphroditi Koffa, Melina Xanthopoulou, Fotini Sfakianaki, Maria-Panagiota Berketi, Dimitris Mostratos from the Lyceum, as well as Aikaterini Pavlakaki, Jasmin Samolada, Aikaterini Kamini and Alex Avramidis from the IB who participated last year in the program EPAS “Schools-Ambassadors of EU”, were the students who took part in this year’s Euroscola. 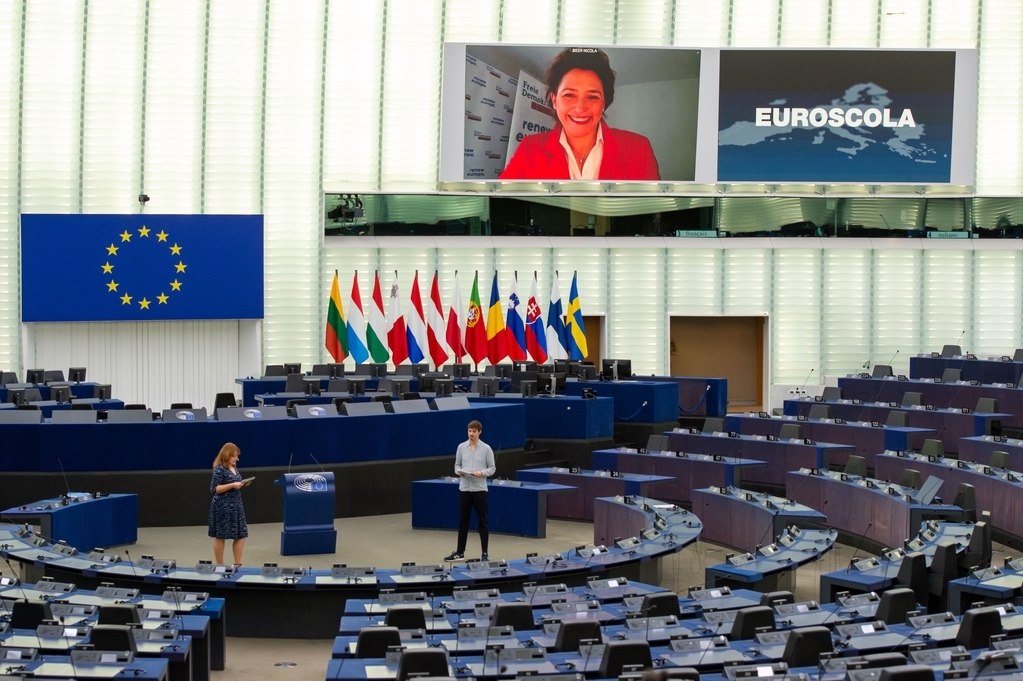 Central theme of the summit was “Digital transformation: What is your vision for the new digital age?” with three thematic sub-categories which concern:

At the summit, 88 schools from 22 countries participated and the primary speakers were the President of the EU Mr. David Maria SASSOLI, the Vice President of the EU Ms. Nikola BEER and the Commissioner Mr. Markus WARASIN. The event was coordinated by the Economics Teacher Mr. Ilias Minas on behalf of Pierce.

The Pierce students had the opportunity to send their questions, in written form, to submit one question live per school (from Pierce, Maria-Panagiota Berketti submitted a question to the Vice President of the EU Ms. Nikola BEER, regarding the protection of personal data), to send a video with a question and to share ideas and suggestions on the platform “European Youth Ideas”.