Written by
msiamos
Posted in
News 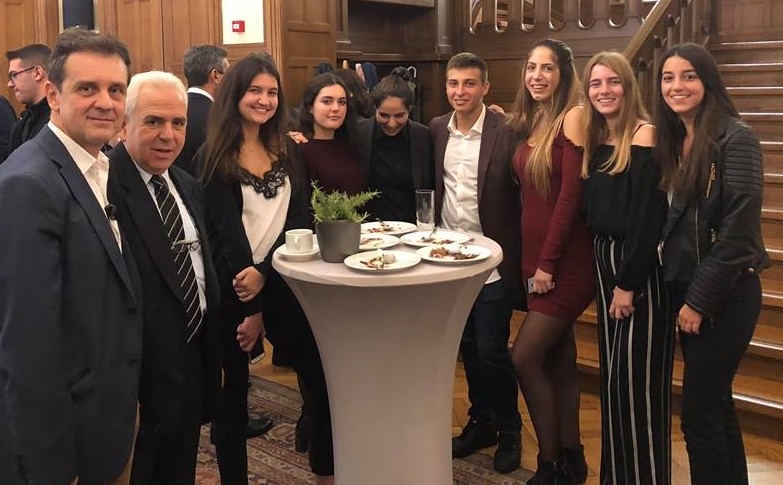 On Monday, October 1, 2018, a delegation of Pierce students from the two student businesses ECOWITCH and i-ZEN Flow Meter for the 2017-18 school year took part in an event organized by Junior Achievement Greece in the offices of the Federation of Enterprises and Industries, on the occasion of the 100th anniversary of Junior Achievement Worldwide.

During the event, there was a press conference for the Media. The President of the Federation, Mr. Markos Veremis, spoke, as did the Managing Director of the Federation, Mr. Argyris Tzikopoulos. The organization decided to inaugurate a Scholarship Program for students who take part in the “Virtual Business” program and have won individual or group awards.

Pierce was one of the four schools from the whole of Greece that were invited to take part in the celebration. Pierce student Alois Stravoudaki, CEO of ECOWITCH, spoke on behalf of the Pierce Junior Achievement Club and presented the history and achievements of the Club. The Pierce Junior Achievement Club has been active since 2011-12, and, in that time, has set up and operated 9 student businesses, all with original ideas and innovative products. The highlight of the its rise was the awarding of our school as “The Entrepreneurial School of the Year” for Greece, in 2018.