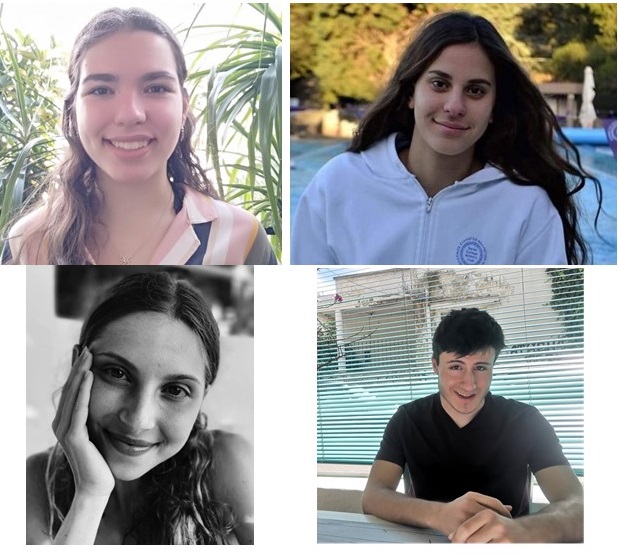 Klea Trifoni, Ioanna Georgopoulou, Maria Kahrimanidi and Theodoros Tsalezas, graduates of Pierce, Class of 2021, are going to study at top universities of the United States of America while the first two have been accepted with a full scholarship!

Klea, who was an academic scholarship recipient at Pierce, is going to study at Princeton (in the field of Health Sciences), one of the four top international universities that accepted her with 100% scholarship! At the following link, you can find out more about Klea’s success.

Ioanna, who was also a swimmer of the Deree Swim Academy, got accepted into the University of Chicago in the U.S.A., with an athletic scholarship, a university which is famous for its excellent academic and sports program! At the following link you can find out more about Ioanna’s success.

Maria is going to attend Boston University, where she has chosen to study Philosophy and Political Sciences. Maria was also accepted to universities in Great Britain and the Netherlands, such as Durham University, King’s College of London, the University of Nottingham and the University of Amsterdam. While studying at Pierce, Maria embraced the motto of our school “Non ministrari sed ministrare”, by actively participating in voluntary work, and educational programs relevant to Philosophy and Political Sciences for which she earned many distinctions.

Thodoris is going to study at Columbia University where he has chosen to study Applied Mathematics. Thodoris was also accepted to the University of Michigan Ann Arbor, University of Edinburgh, University of St. Andrews and University College London. Thodoris had participated with distinction in Mathematics Competitions both in Greece and abroad. At the age of 16, he traveled to the U.S.A. where he did an internship at a Research Center for Cancer and was awarded by the director of the program, who is a Nobel Prize winner, for his outstanding contribution to the work carried out in this center.

Congratulations to our students on their success. We wish them good luck on their studies and we are sure that they will all become active members of their university communities and they will continue to develop academically and make a contribution to their fellow human beings.