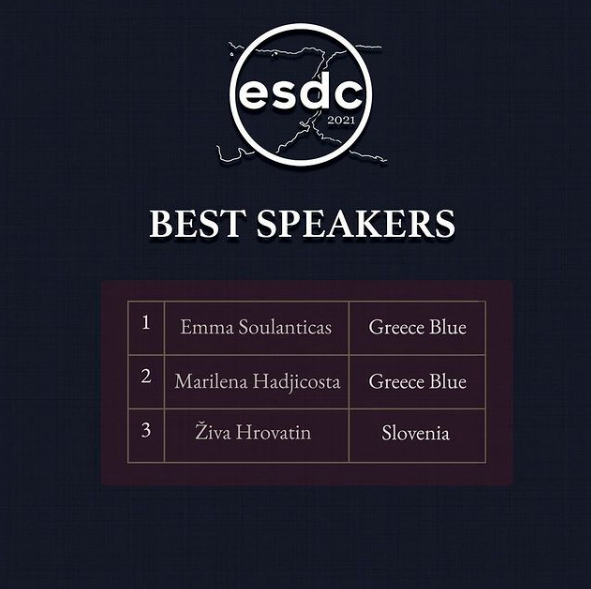 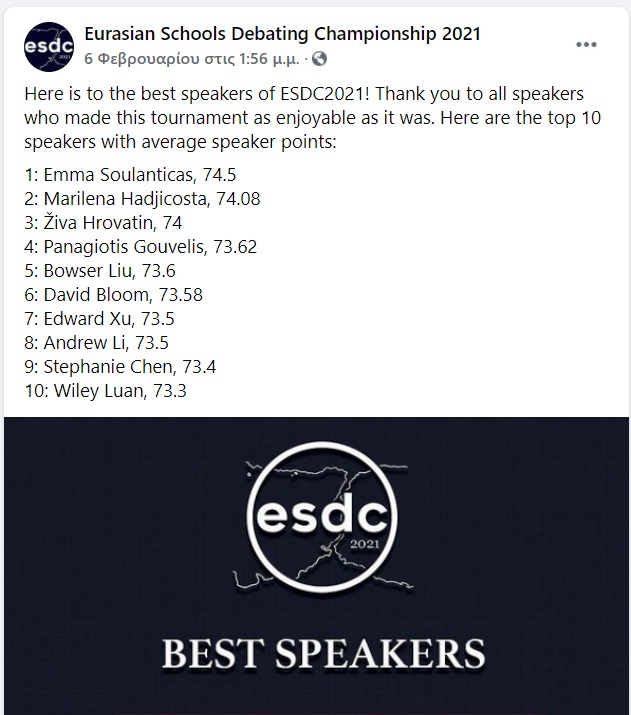 From Friday, January 15 to Sunday, January 17, 2021, members of the Pierce Forensics Team took part with distinction in the Moraitis Cup 2021 (Online) in both Debate and Impromptu Speaking. In Debate, the team made up of two A Lyceum students, Sandra Feloukatzi and Maro Tourni, broke 5th out of 60 teams, qualifying for the semi-final round. Then they won in the semi-final, placing them in the Final Round. In the Overall Speaker Tab, Sandra ranked 6th Best Speaker of the Tournament! In Impromptu Speaking, C Lyceum student Klea Tryfoni ranked 1st Best Speaker in the Overall Impromptu Tab, placing her in the Final Round.

Congratulations to our Pierce Debaters and to Team Greece, as well as their coaches, on their excellent performance!