Four Pierce students traveled to Oxford, England to take part in the International Competition for Young Debaters (ICYD) from Thursday, April 26 to Sunday, April 29, 2018. The Pierce students, Andreas Andriopoulos (A Lyceum), Spyros Kontos, Marilena Hadjicosta and Nicholas Vitorakis (c Gymnasium), had won their places in this year’s ICYD in a local competition held in early February under the auspices of the Panhellenic Forensics Association. 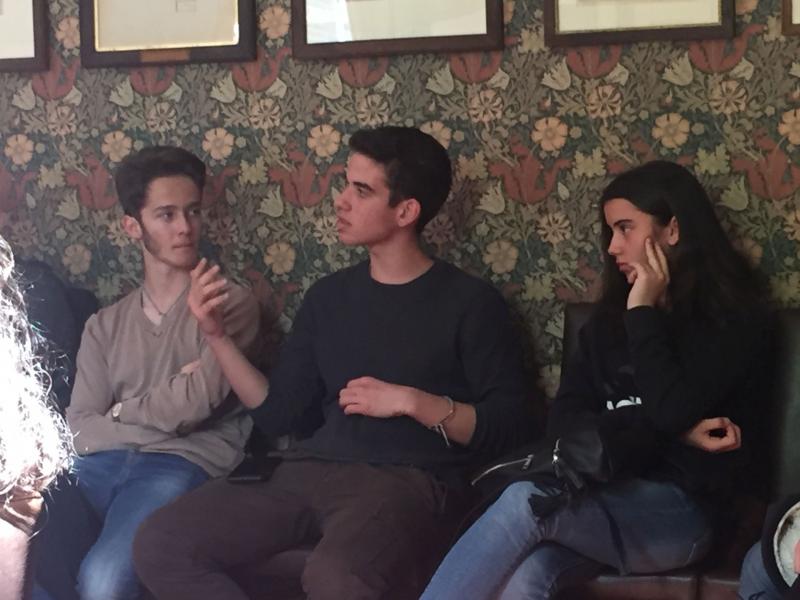 Arriving in Oxford on Thursday, April 26th, the students attended a workshop by Oxford students on British Parliamentary Debate and student life at the famous university. That evening they had the opportunity to attend the famous Thursday Evening Debate at the Oxford Union, at which top speakers debate issues of current affairs. Friday was an exciting day that started with a 2-hour tour of Oxford University. The students had the opportunity to enter the beautiful campus of Magdalen College and to visit its libraries, church and deer park. They then briefly visited the Museum of the History of Science, where they saw Einstein’s Blackboard, followed by a treasure hunt at the Ashmolean Museum. That evening our young debaters attended a black-tie dinner given in their honor at Oxford Union.

Saturday, April 28th was International Finals Day and our students debated in four preliminary rounds. They then attended the Semi-Final and Final Rounds of the debate tournament, at which they watched the world’s young debaters contend for 1st place. The winners this year were a team from Hong Kong.