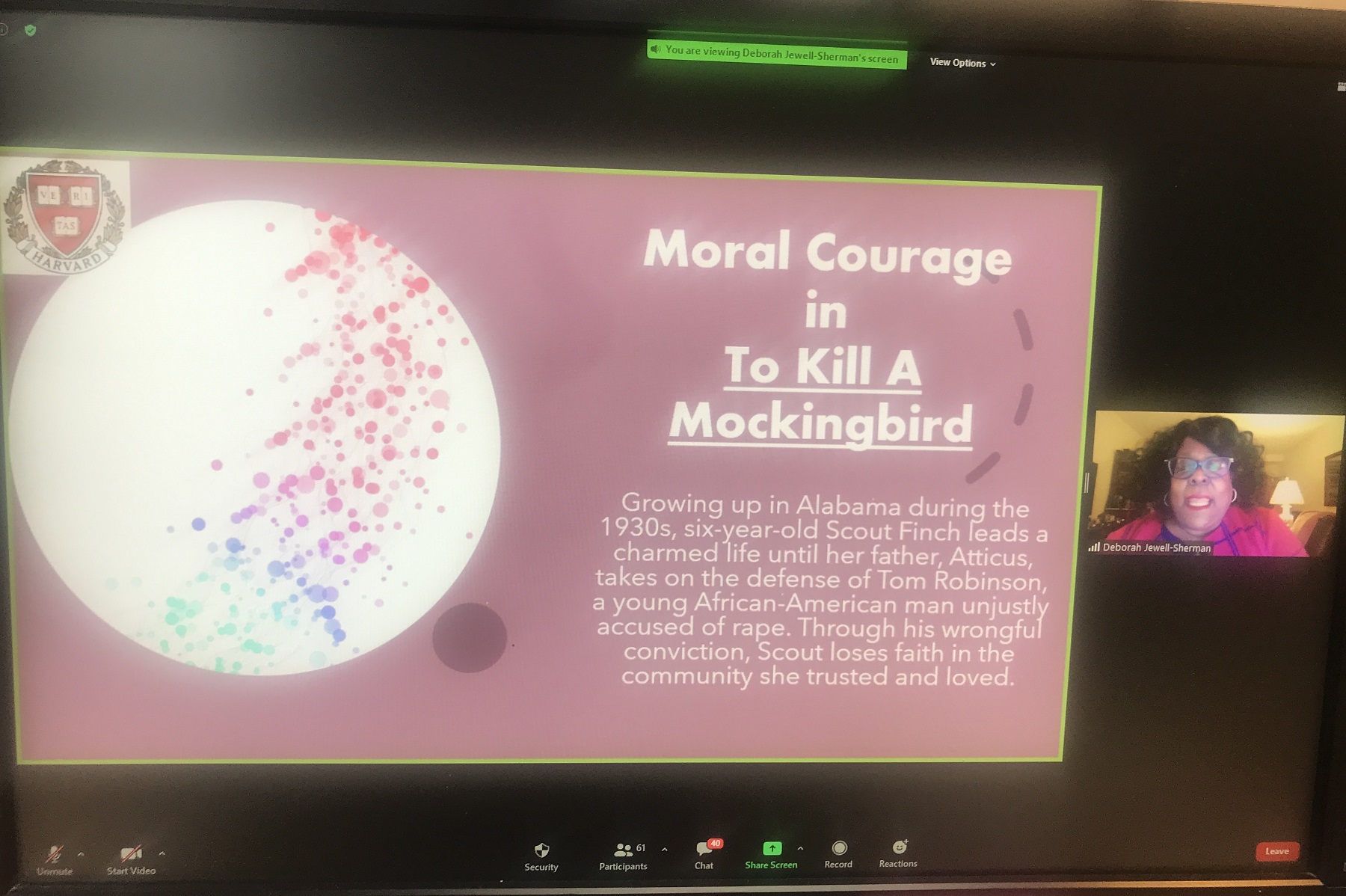 On Friday, December 11, as part of their English class, B Lyceum students in the three CTTL (Contemporary Themes Through Literature) sections attended an online talk on the subject “The Arc of Justice: Demonstrating Moral Courage in Times of Challenge,” with Harvard professor Dr. Deborah Jewell- Sherman. Dr. Sherman’s talk was the second in the “Experts on Global Issues” series that, as of this year, is included in the curriculum of the three CTTL classes, and aims to take students beyond the narrow framework of the classroom by giving them opportunities to converse with eminent personalities of our time. 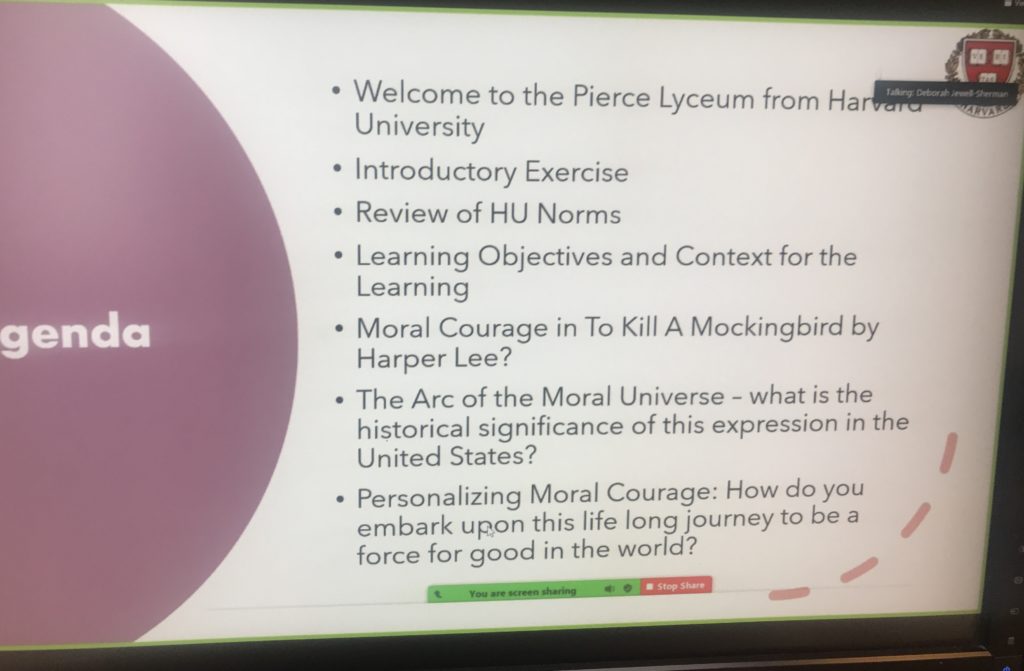 Based on the students’ study of the book “To Kill a Mockingbird” by Harper Lee in their CTTL English classes, Dr. Jewell-Sherman talked about the virtue of moral courage, which she described as a prerequisite for success in life. Starting with the economic crisis in America during the 1930s, the period when the novel takes place, Dr. Jewell-Sherman moved on to the 1960s, with Dr. Martin Luther King and his struggle for the rights of African-Americans, before coming to today and the Black Lives Matter movement, by which modern African-Americans demonstrate their opposition to police brutality, systemic racism and racial inequality in the American criminal justice system.

Dr. Jewell-Sherman is the first woman to hold the title “Professor of Practice” at the Harvard Graduate School of Education. From 2002 to 2008, she was Superintendent of the Richmond Public Schools in the state of Virginia, where she gained the reputation as one of the most successful urban district superintendents in America. Since 2008, Dr. Jewell-Sherman has been director of the Urban Superintendents program and, at the same time, serves as core faculty for the Doctorate of Education Leadership Program (Ed.L.D.) at Harvard. She has received distinctions and awards for her work in the USA.

For the second time, our students embraced the “Experts on Global Issues” initiative and responded warmly to Dr. Jewell-Sherman’s talk, conversing with her and posing their questions to her. The President of the American College of Greece, Dr. David Horner, and Vice President of Administration and Senior Administrative Liaison to Pierce, Ms. Iliana Lazana, also took part in the event.