Pierce > Gymnasium > For freedom: A Pierce tribute to the bicentennial of the Greek Revolution 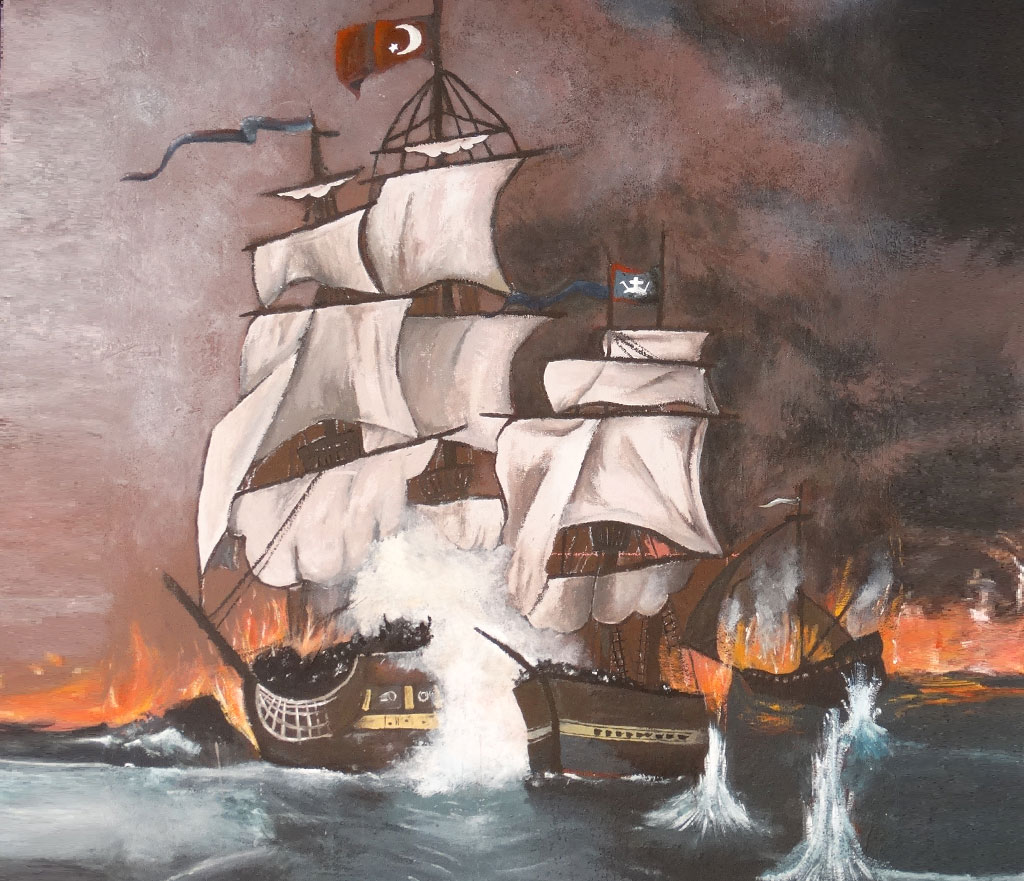 1. Celebration of the National Holiday of March 25th.
2. Talks about various aspects of the Greek Revolution by distinguished University Professors:

3. Interview with the Ambassador of the United States, Geoffrey R. Pyatt, regarding the friendly relations between Greece and the United States of America, dating back to the time of the Greek Revolution (for the Greek magazine “Sunny Days”).

4. Interview with Aikaterini Polymerou-Kamilaki, former Director of the Hellenic Folklore Research Center of the Academy of Athens (for the Greek magazine “Sunny Days”).

5. Online music festival (interpretation of traditional or more modern song, original creation of song or musical composition) on the occasion of the bicentennial of the Greek Revolution.

6. Painting competition for Gymnasium students, on the theme “200 years since the Greek Revolution.”

7. Creation of a student video based on the Gymnasium Photography Competition, on the theme “1821-2021: The face of Greece 200 years later.”

9. Study of paintings by important European and Greek artists, inspired by the Greek struggle, by Gymnasium students and Lyceum club members. Theodore Vryzakis, Panagiotis Zografos, Eugene Delacroix and Nicholas Gyzis will take our students on a journey through history and inspire them to create their own original works.

10. Presentation on the theme “The Church in the Revolution of ’21“, by the Pierce Religion Department.

11. Presentation of Gymnasium student work on the theme “Great Greeks: Illuminate the past, understand the present, envision the future.”

12. Digital tour of the art exhibition at the B. & M. Theocharakis Foundation, on the theme “Women in the Revolution of 1821.”

13. Participation of C Gymnasium students in the student conference “21 Questions about ’21,” organized by the Greek-French School.