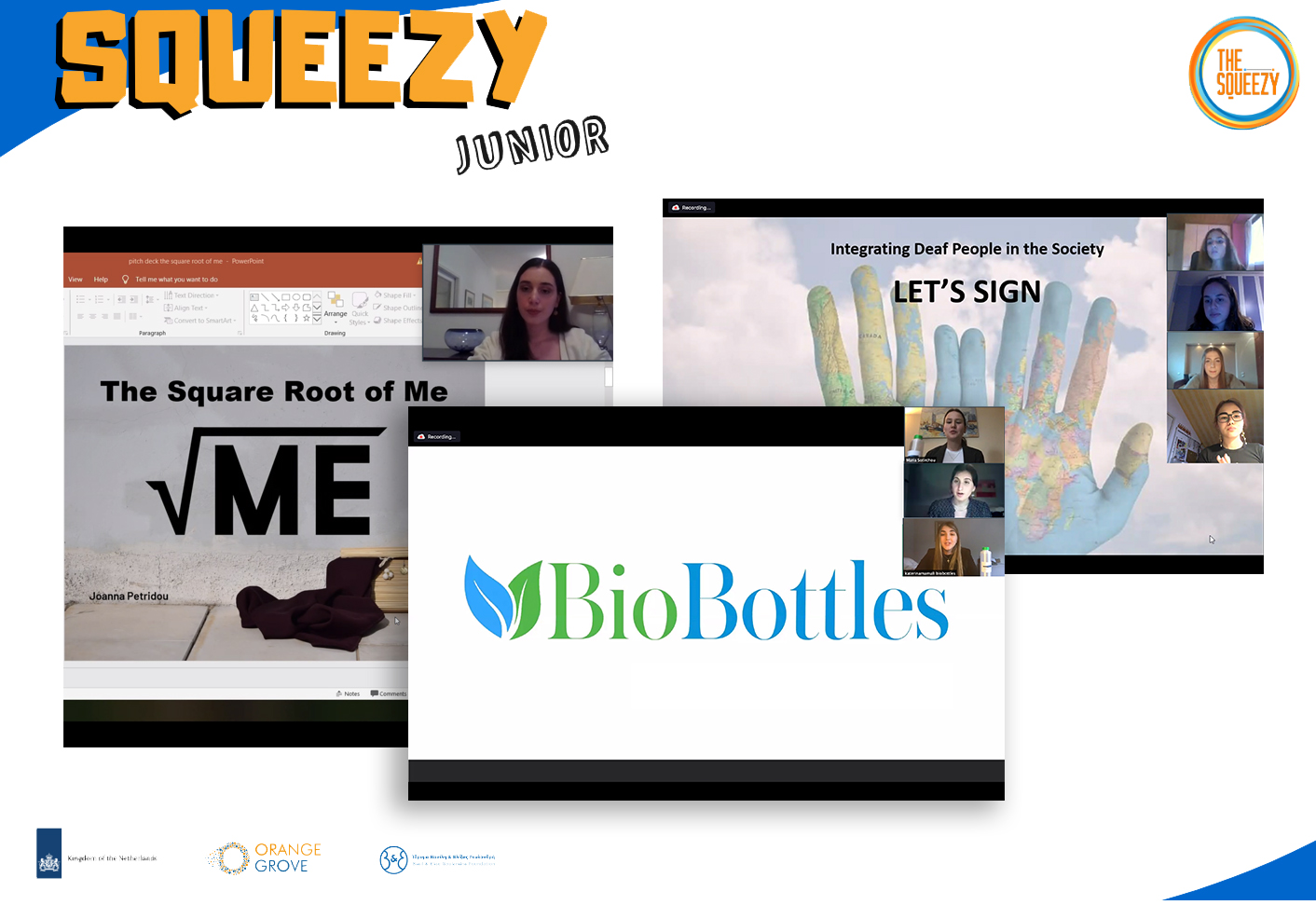 Pierce students’ businesses Biobottles and Let’s sign won the 1st and 2nd place, respectively, in “Junior Squeezy“, an Entrepreneurship Competition for students, which was co-organized by Orange Grove, the Embassy of the Netherlands and the Basil and Elise Goulandri Foundation. The competition took place online on Friday, May 29, 2020 and the online event was hosted by the Dutch Ambassador Ms. Stella Ronner – Grubačić.

The business ideas of our students had initially been presented at the Diamond Challenge, making very good impressions and, following the improvements the creators made, they went on to win the top two positions in the Competition!

The winners of the first three prizes will have access to educational programs by the Dutch organizations AIMS International and IdeaHackers, which specialize in the needs and demands of each team, as well as gift vouchers in the amount of € 1.500 for the winning team for the purchase of equipment. At the same time, all of the teams that took part in the final will have the opportunity to have individual online meetings with John Fox, Sr. UI Engineer iOS of the well-known streaming platform Netflix, so that they can promote their ideas, as well as a free tour of the B. & E. Goulandris Museum of Contemporary Art.