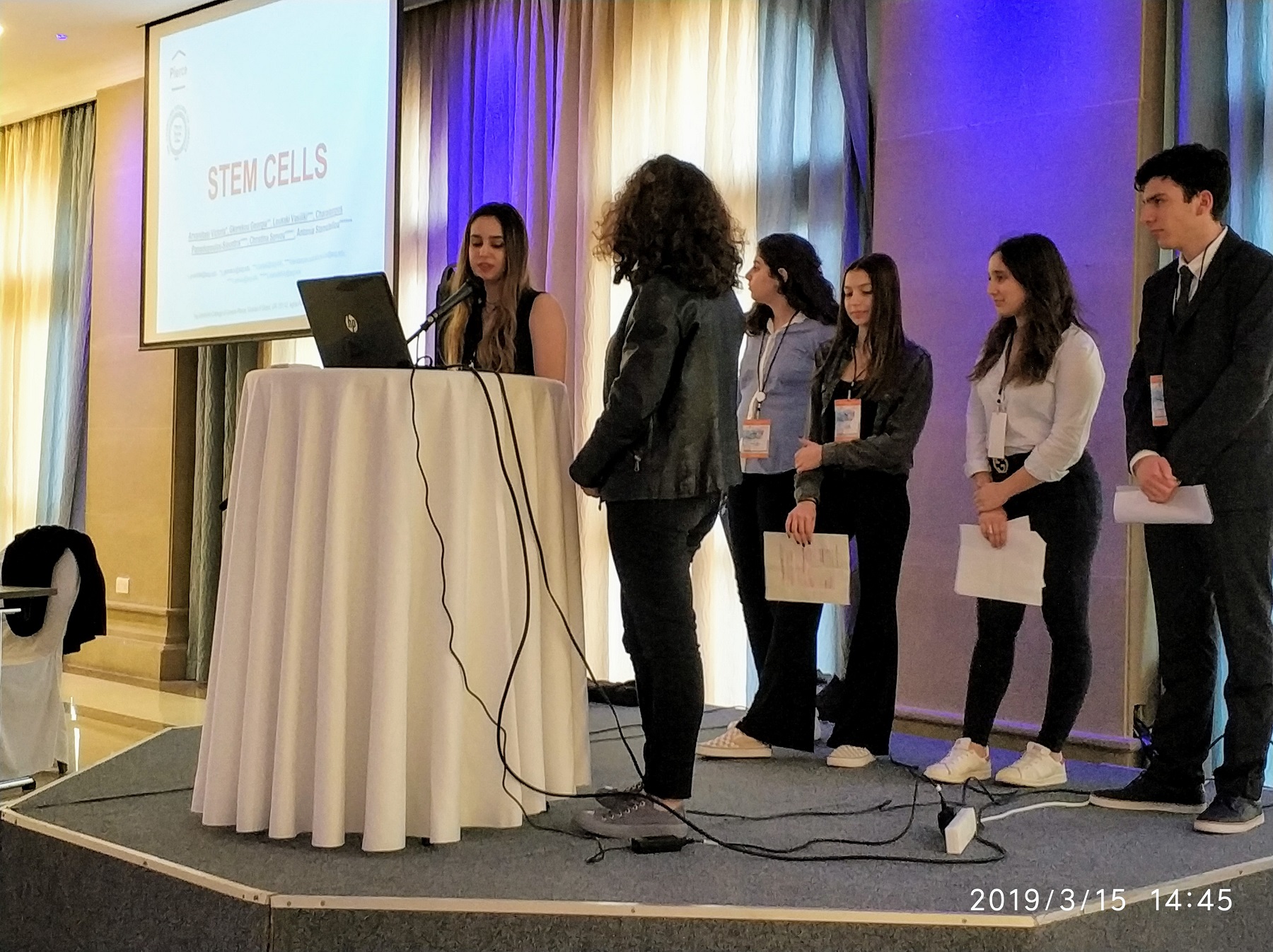 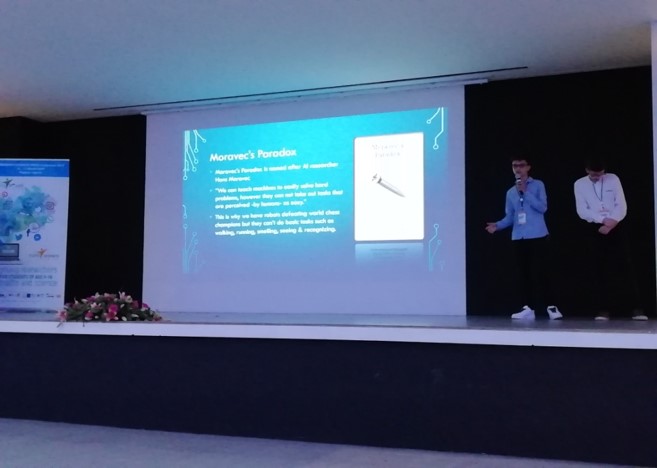 The Club members worked throughout the school year during the weekly club hour (Wednesday, 6th period) as well as after school, selected a scientific subject, did research, conducted experiments and put together a 20-minute oral presentation for the Conference. 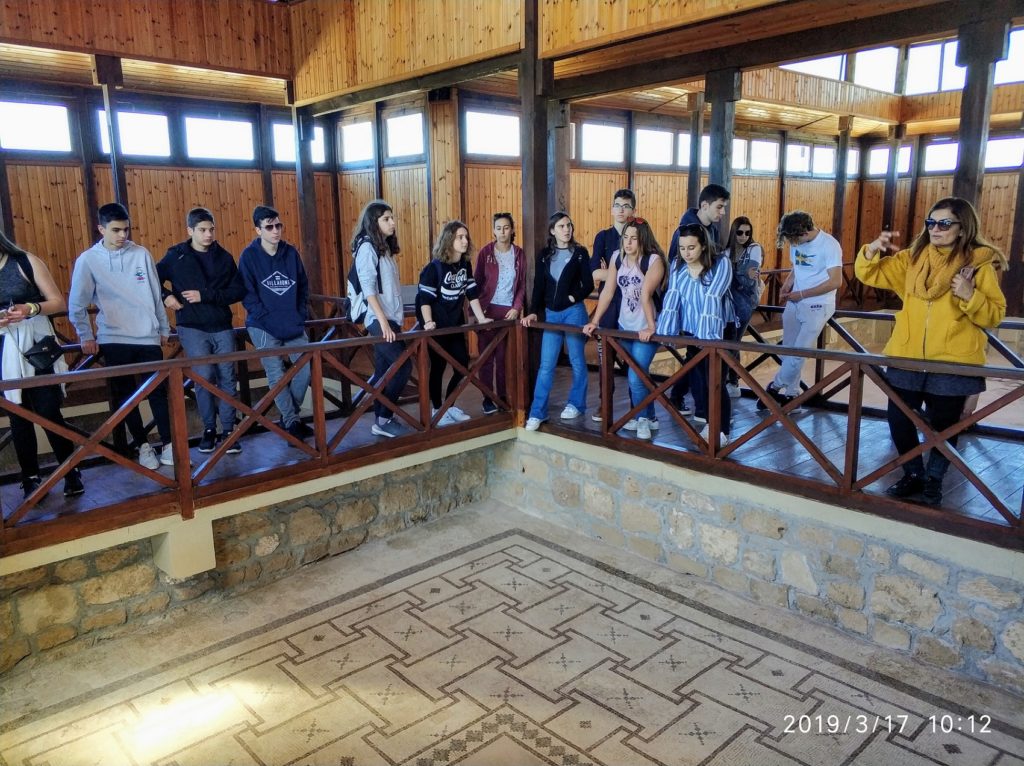 The educational trip to Cyprus for the 24 students and their 3 teacher-escorts ended with a guided tour of Nicosia and Paphos, during which they became acquainted with the ancient and, of course, the modern history of the martyr island.