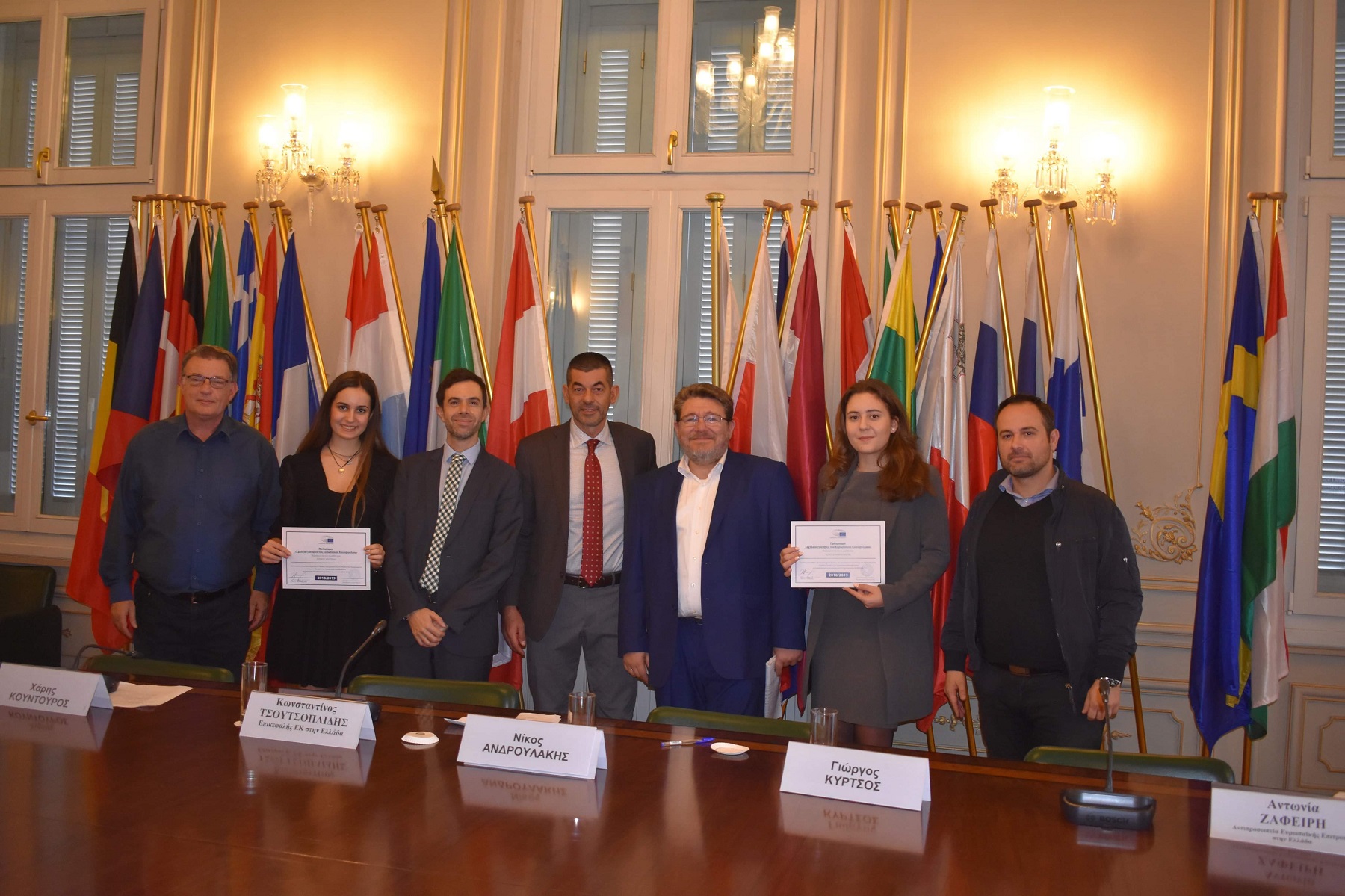 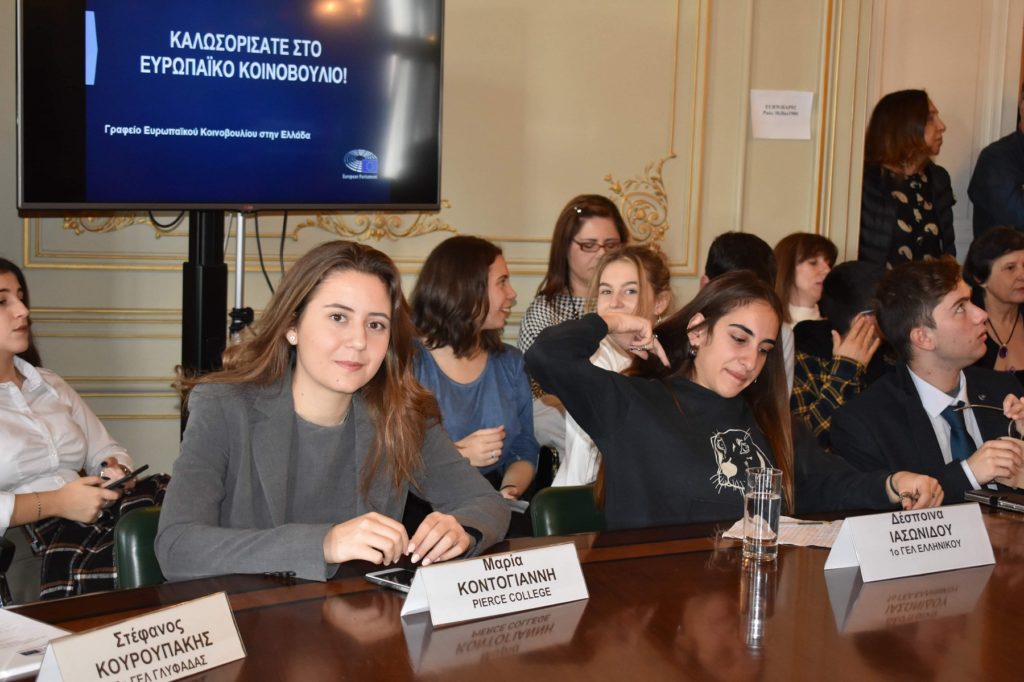 C Lyceum student Maria Kontogianni, member of the student-ambassadors team, spoke about the importance of the program “Schools – Ambassadors of the European Parliament” and about the European values that our school stands for and promotes. 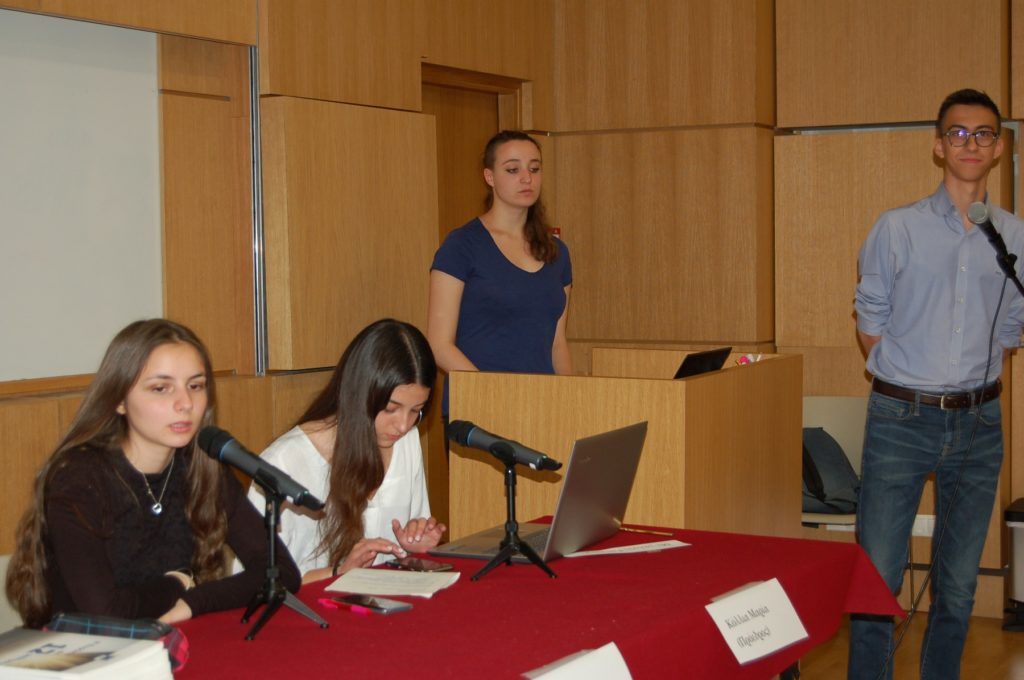 The activities in the context of the program “Schools – Ambassadors of the European Parliament” at Pierce culminated on Wednesday, May 9th, Europe Day, when 50 Pierce Lyceum students took part in a Simulation of European Parliament Committees. The students were divided in Committees with topics such as the Environment, Public Health and Food Safety, Culture and Education, Civil Rights, Justice and Domestic Affairs, Women’s Rights and Gender Equality.

At the end of the simulation, the findings of each Committee were announced in the Plenary session and each committee’s resolutions were voted on. The students had the opportunity to debate, collaborate, exchange views and better understand the function of the institutions of the European Union. 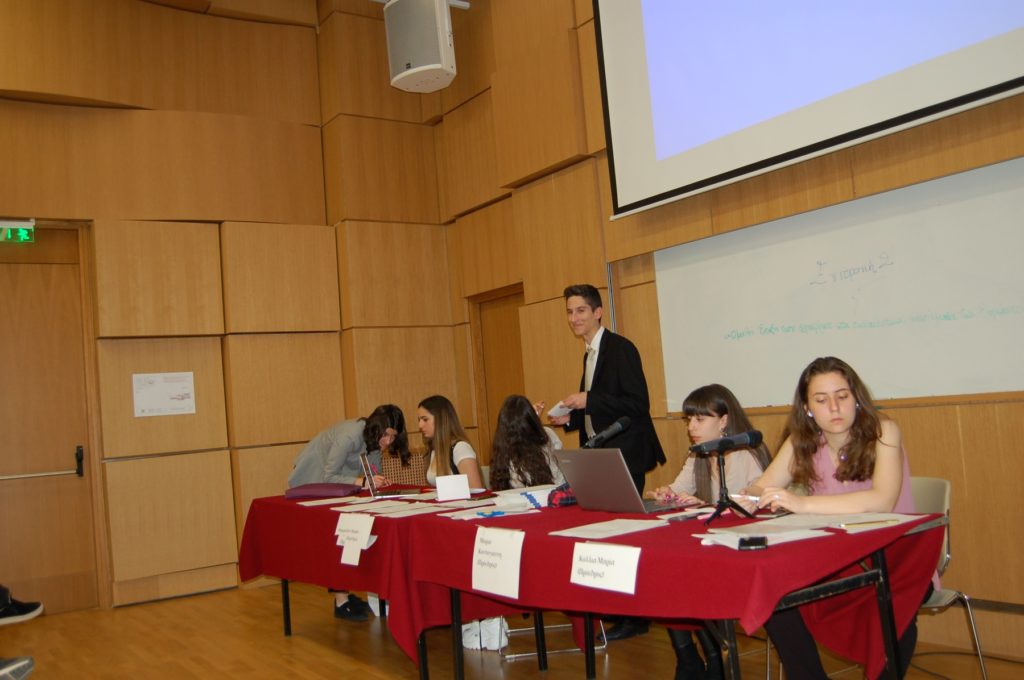 Our school is actively participating in the program during the 2019-20 academic year and hopes to contribute in the most effective way to the promotion of European values and issues.