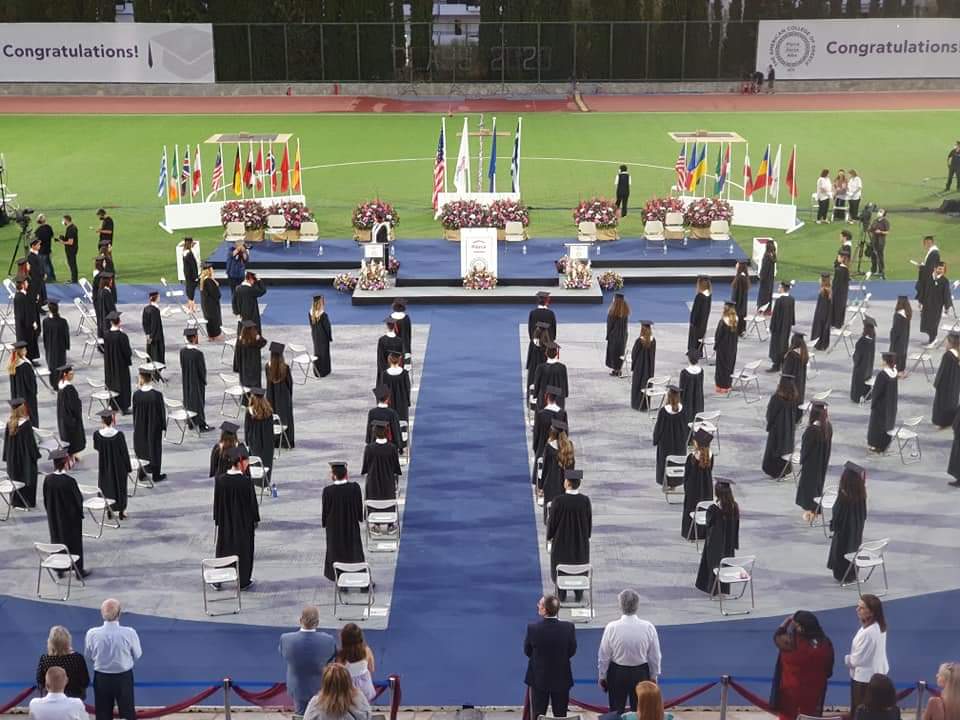 One year later, but always with excitement and emotion!

On Monday, July 5, seniors of the Lyceum and the IB of Pierce – The American College of Greece, the Class of 2020 celebrated their Commencement in an atmosphere of excitement and emotion, even if it was one year later… 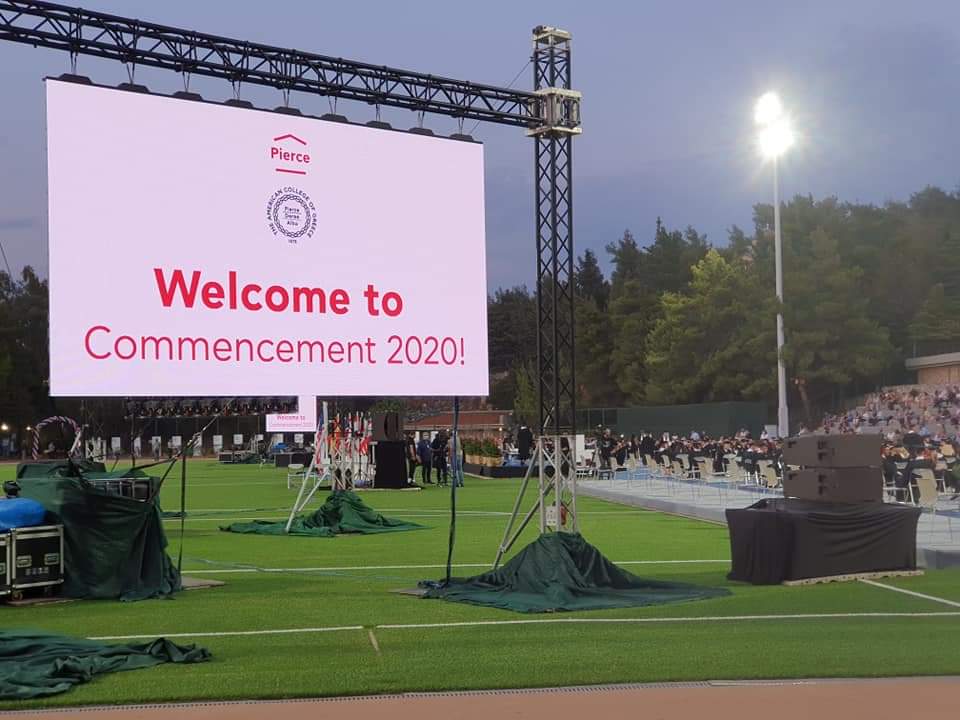 The 246 graduates of C Lyceum and ΙΒ2 put on their caps and gowns and said farewell to Pierce, singing once again the College Alma Mater, along with parents, teachers, friends and the evening’s official guests, at the College Stadium. At the link which follows, you can see the Program of Commencement 2020. 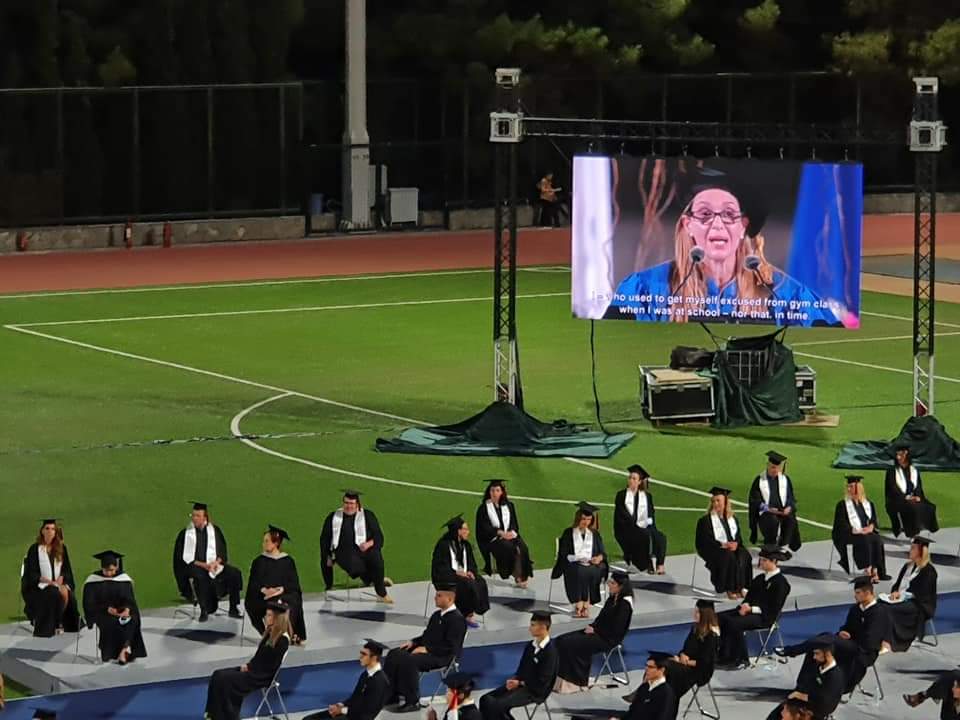 The President, Directors and Teachers of the Gymnasium and Lyceum wished for good careers and many successes for our graduates! The Guest Speaker for the evening was Doctor of Classical Archeology, Angeliki Kosmopoulou, Executive Director of the Athanasios Laskaridis Charitable Foundation, Pierce alumna and mother of a Pierce student. Dr. Kosmopoulou is also Vice President of the Greek Tourism Organization and coordinator of the national program “Greece Without Single Use Plastic.” 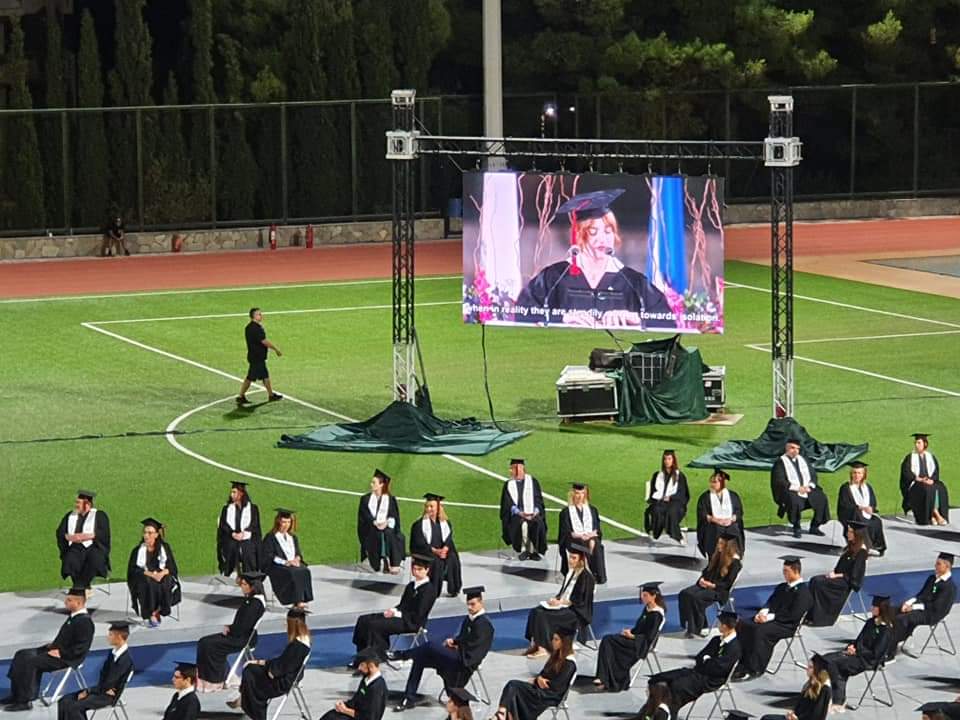 The graduates were welcomed by the President of the American College of Greece, Dr. David G. Horner and then the Award Ceremony began. The President’s Award was given to Maria Kollia, the senior with the best performance in English (19.5) and the Minnie Mills Award to Andreas Andriopoulos, the graduate who was an exemplary leader in the school community. The academic achievement awards were given to the seniors who achieved the highest overall average over their three years of study in the Lyceum: Maria Kollia and Christina-Maria Kotsiara were named Valedictorians, with a grade of 19.9. The IB academic achievement awards were given to graduates who had the highest cumulative score on the IBDP exams. With a grade of 44/45, the two IB Valedictorians were: Christina Tsianaka and Vasilis Tzaferis-DaKounia. 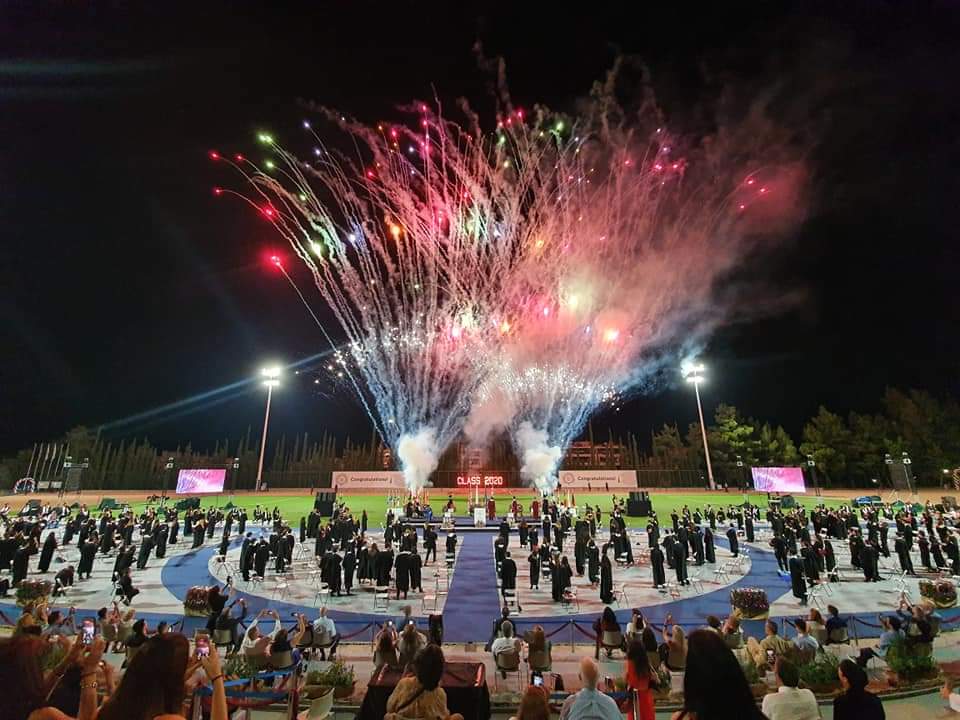 The Harvard Prize Book was received by Konstantinos Kritharidis (B Lyceum student during the 2019-20 school year), who had an excellent academic performance and ethos and received distinctions in many school activities. Pierce is the first and only school in Greece that gives this particular award and, according to the protocol, the name of the student was submitted to Harvard University for approval. Two graduates of the class of 2019-20, Maria-Eleni Papoulia and Garyfalia Gennaraki, as representatives of the graduating class, delivered speeches in Greek and English, respectively, and the ceremony ended with the awarding of English Language Diplomas.

At the link which follows, you can watch the Commencement of the Class of 2020.

Best of luck in your lives, graduates of 2020. We will always follow your accomplishment with joy and emotion!