On Sunday, July 1, 2018, the graduating class of the Lyceum and IB of the American College of Greece celebrated their Commencement in an atmosphere of joy, excitement as well as emotion. The 154 C Lyceum and IB2  students in their caps and gowns sang the College’s Alma Mater once again. 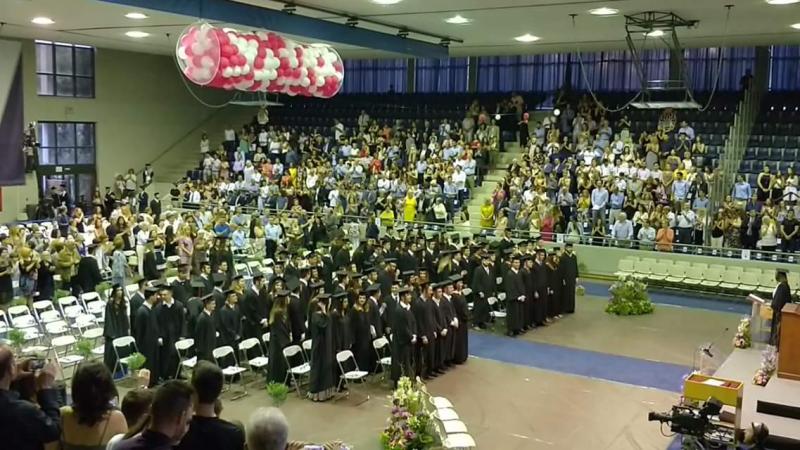 The President, the members of the Board of Trustees, the Principal, parents, friends and families, the Directors as well as Gymnasium, Lyceum and IB teachers said farewell to Pierce class of 2018 and gave the graduates their best wishes for a good career and every happiness in their lives. The Guest Speaker was the Professor of Theoretical Computer Science at MIT, Mr. Konstantinos Daskalakis, who referred to his own experiences from his school days and gave valuable advice to the students. 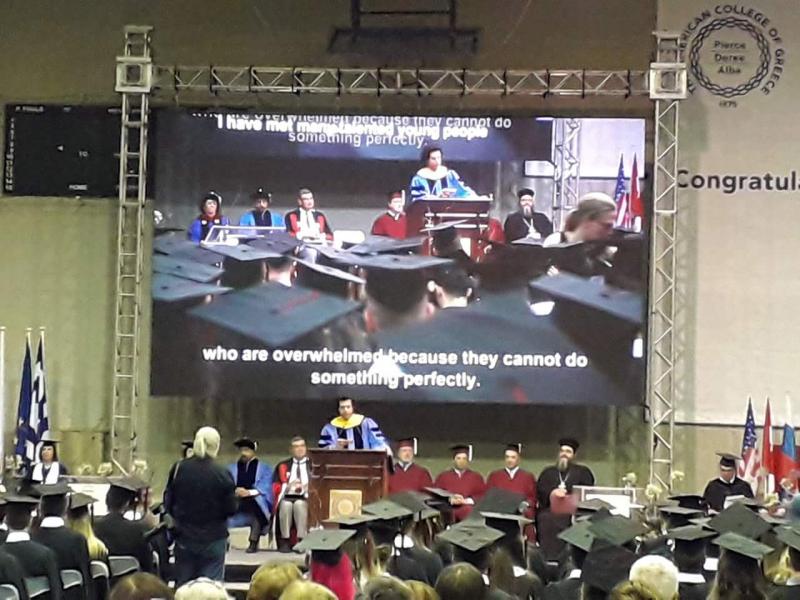 The Principal, Mr. Eric Trujillo, and the Lyceum Director, Mr. George Vakerlis, then addressed the graduating seniors and Commencement guests and referred to the experience they have gained at the school, the entrance examinations for universities in Greece and abroad and expressed their hope that our graduates will always distinguish themselves and excel in a variety of activities and professional fields, and contribute to society as a whole. 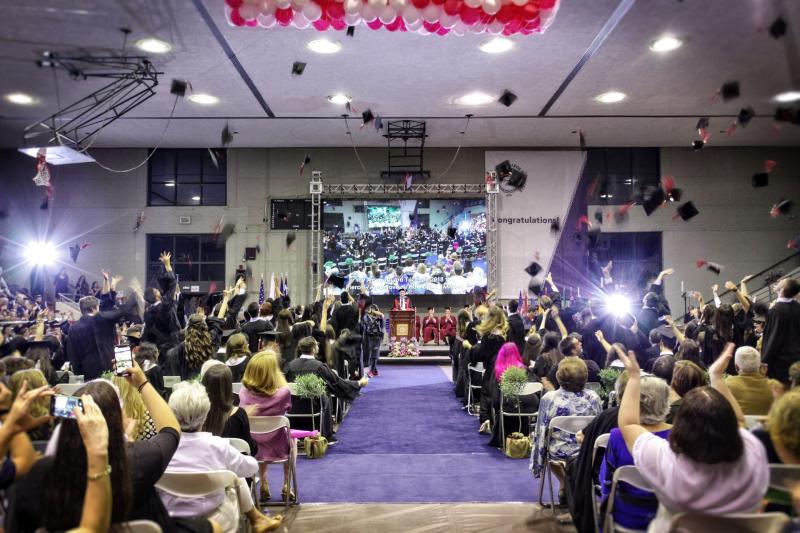 Next, Dr. S. Sue Horner, Scholar in Residence, presented the Harvard Prize Book to Kyriakos Stratakos, B Lyceum student, who has demonstrated excellent academic performance and ethos and has won distinctions in many areas of school activities. Pierce is the first school in Greece that awards this particular prize. The name of the recipient was proposed by Pierce and approved by Harvard University.

Two graduating seniors, Xakousti-Afroditi Merika and Sophia Chavele-Dastamani, representing their class, delivered speeches in Greek and English, respectively, and the ceremony ended with the awarding of English Language certificates. 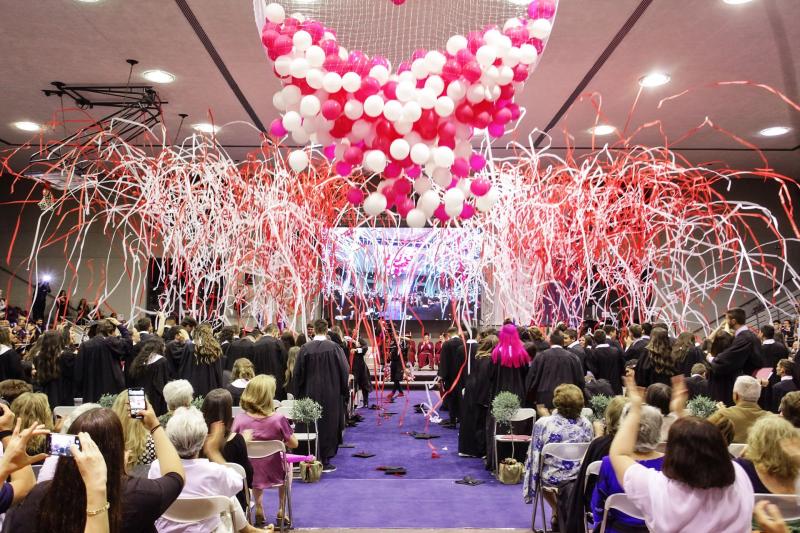 Best of luck in your lives, graduates of 2018. We will always follow your achievements with joy and emotion!