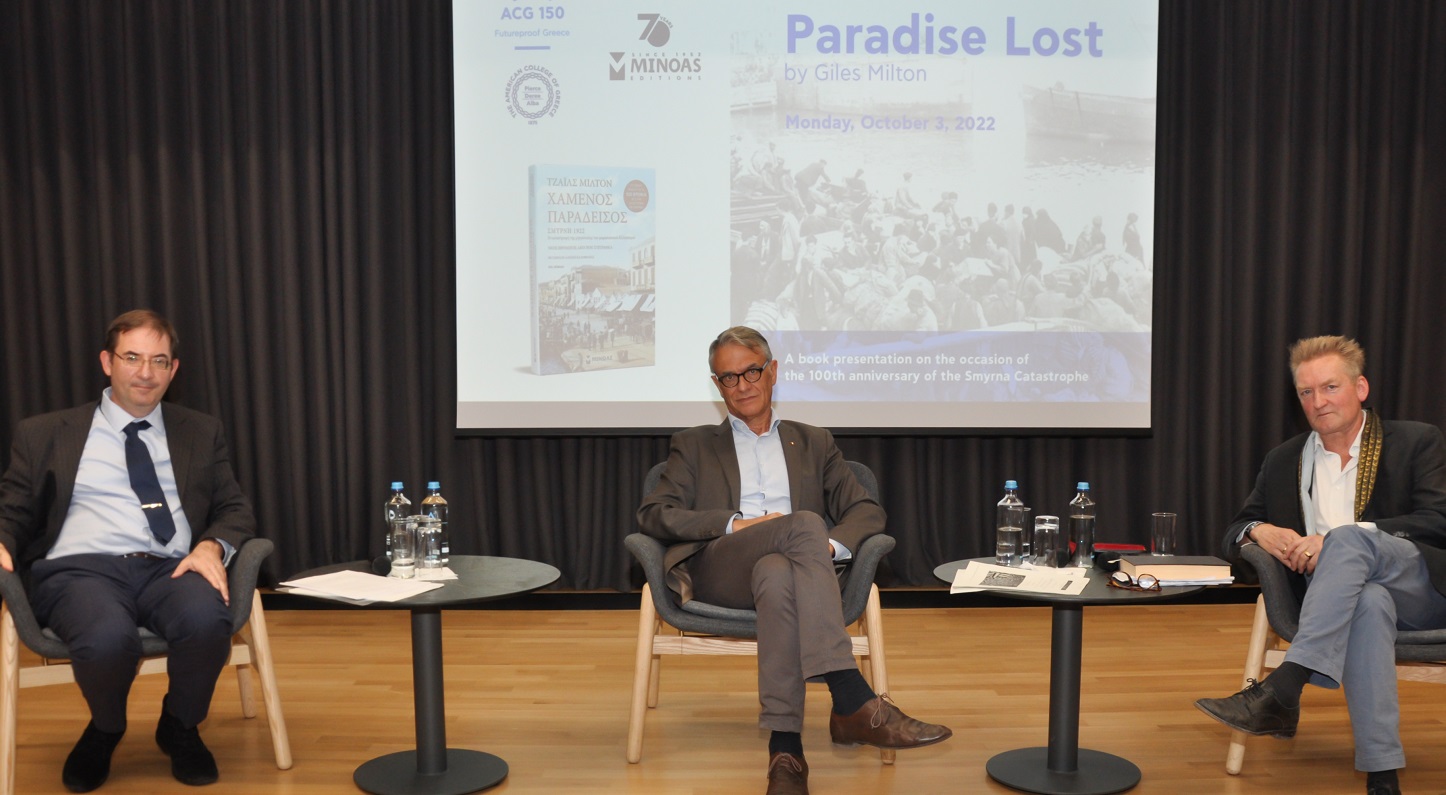 With the occasion of the commemoration of the 100 years since the Asia Minor Catastrophe, on Monday October 3rd, the presentation of the anniversary edition of the historic book “Paradise Lost” written by the acclaimed author and journalist Giles Milton was held at The American College of Greece, with the presence of figures of the intellectual world, academics, journalist and readers.

There was a discussion between Mr. Giles Milton and Mr. Spyridon Ploumidis, the Associate Professor of History and Archeology of the National and Kapodistrian University of Athens, while the coordination of the event was carried out by Mr. Haris Vlavianos, Professor of History at The American College of Greece. 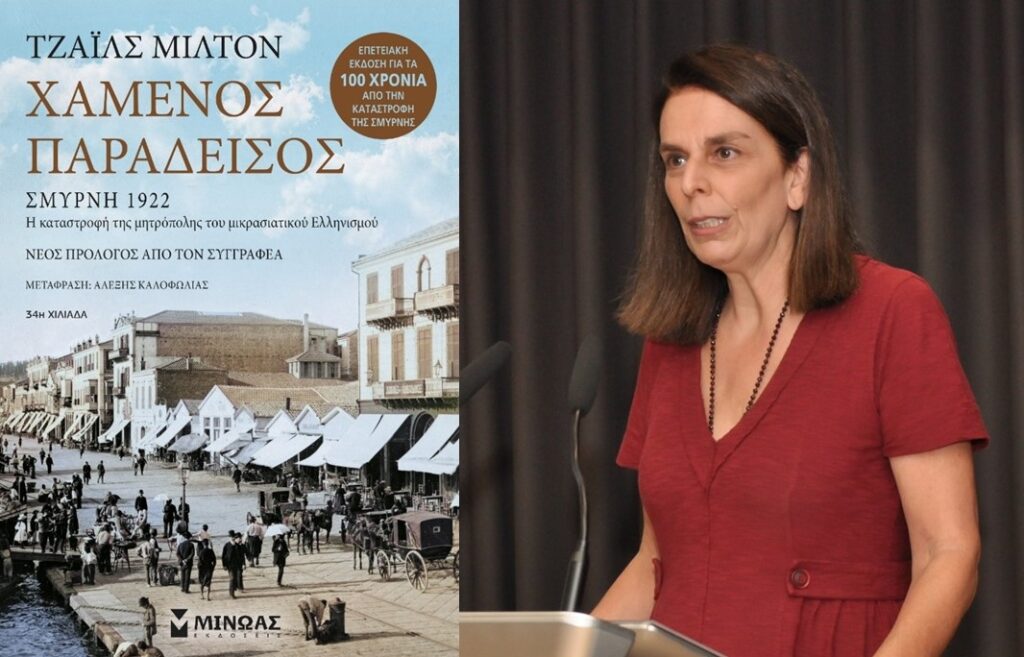 Vice President of Public Affairs of The American College of Greece, Ms. Claudia Carydi, welcoming the guests, stated: “The catastrophe of Smyrna marks the complete destruction of our School which was founded there in 1875. At the same time though, today’s anniversary is an opportunity to feel grateful, as 100 years later, The American College of Greece is at the highest peak of its glorious history”.

The editor of Minoas Editions, Mr. Yannis Konstantaropoulos, pointed out the ability of the author to make the historical events of that time interesting for the wider public, as it was also stated in the New York Times. In addition, Mr. Konstantaropoulos, among other things, mentioned that 2022 is a year of Remembrance for the Catastrophe of Asia Minor and additionally it marks the 70 year anniversary since the foundation of Minoas Editions.

The discussion among the author and the two historians, was interesting and particularly lively. The reference of the author to the cosmopolitan, prosperous and open-minded city of Smyrna, which was a melting pot for numerous cultures and nationalities, was of utmost significance. Special reference was made to the Levantines of Smyrna, whose stories comprise the spark for the writing of this book. Mr. Ploumidis presented the events prior to the destruction of Smyrna, emphasizing the decision made by Venizelos to protect the Greek populations of Asia Minor from the genocide caused by the Neo-Turks. He analyzed the reasons why the military campaign of the Greeks in Asia Minor collapsed, while with the suitable management, and provided that elections had been held prior to the events, it could have turned out to be victorious.

The event was broadcast live, from Bookia, and it is available to those who wish to watch it again on the channel of Minoas Editions on YouTube.

“Paradise Lost” is a powerful story of catastrophe, heroism and survival, narrated in the individual style that made Giles Milton the successful journalist and author he is today. The story unfolds through the memories of the survivors, many of whom speak publicly for the first time, and the witness accounts of those who found themselves in the eye of a storm that was one of the biggest catastrophes of contemporary history.