On Thursday, May 17, 2018, in the Pierce Amphitheater, the awarding of Prizes and Certificates of Excellence for the students who distinguished themselves in the 2nd Student Ancient Greek Language and Literature Competition, organized by the Directorate of Secondary Education for B Athens and Pierce – The American College of Greece, took place. Mr. Athanasios Faloukas, Director of Secondary Education for B Athens, commenting on the success of the Competition and the reputation it has acquired, congratulated first the students and then the teachers and members of the Committees who worked on making it happen. 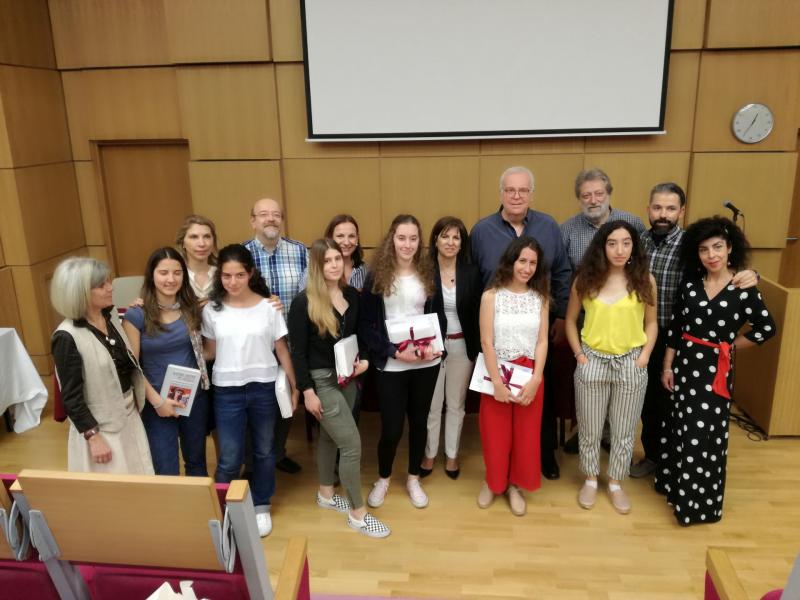 The top three students to be awarded were:

Five students were awarded honorable mention, having achieved scores of over 80/100:

A special award was given by the Directorate for C Athens to a student (Maria Kalyvioti of the Experimental General Lyceum of Agios Anagyrous), who took part unofficially in the competition and distinguished herself with her excellent performance.