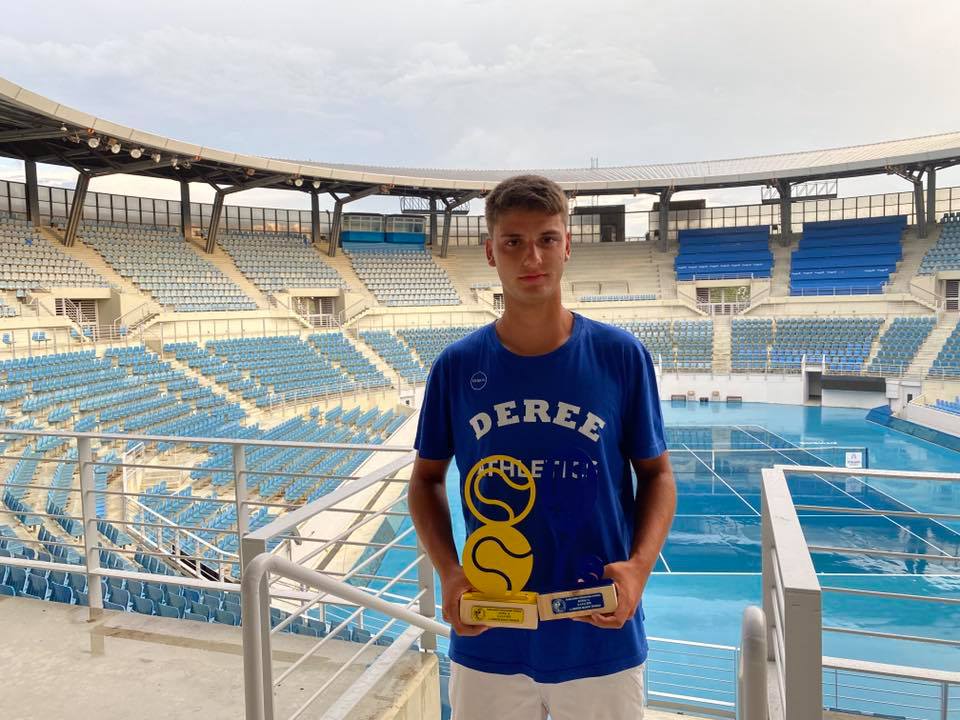 At the Panhellenic Track & Field Championship, Emilios Skourtis, Pierce student and athletics scholarship recipient, achieved two great personal records, with 9’62” in the 80m, giving him 1st place, and with a leap of 5.61m, giving him 5th place in the long jump. Marianthi Papageorgiou achieved a personal record in discus throwing with 22.51m, placing her 5th and, in javelin throwing, she could not be scored due to invalid attempts.

Marina Prezani, now a Pierce graduate and athletics scholarship recipient, came 9th at the Panhellenic Track & Field Championship for Juniors (K20), with a performance of 30.44m in javelin throwing. At the same competition, Katerina Konstantinova finished 11th with 1.09.55 in the 400m hurdles.

Congratulations to all our athletes on their performance and their ethos!