On Friday, February 15 and Saturday, February 16, 2019, Pierce – The American College of Greece hosted the 4th Gymnasium Student ASPnet UNESCO Symposium in Attica, which was co-organized by the Ministry of Education, Research and Religion and the Hellenic National Commission for UNESCO. The theme of this year’s Student Conference was “17 goals for our future” and participating students analyzed and discussed the 17 United Nations goals for sustainable development, focusing on two sub-topics: the role that young people can play in achieving them and collaborations. 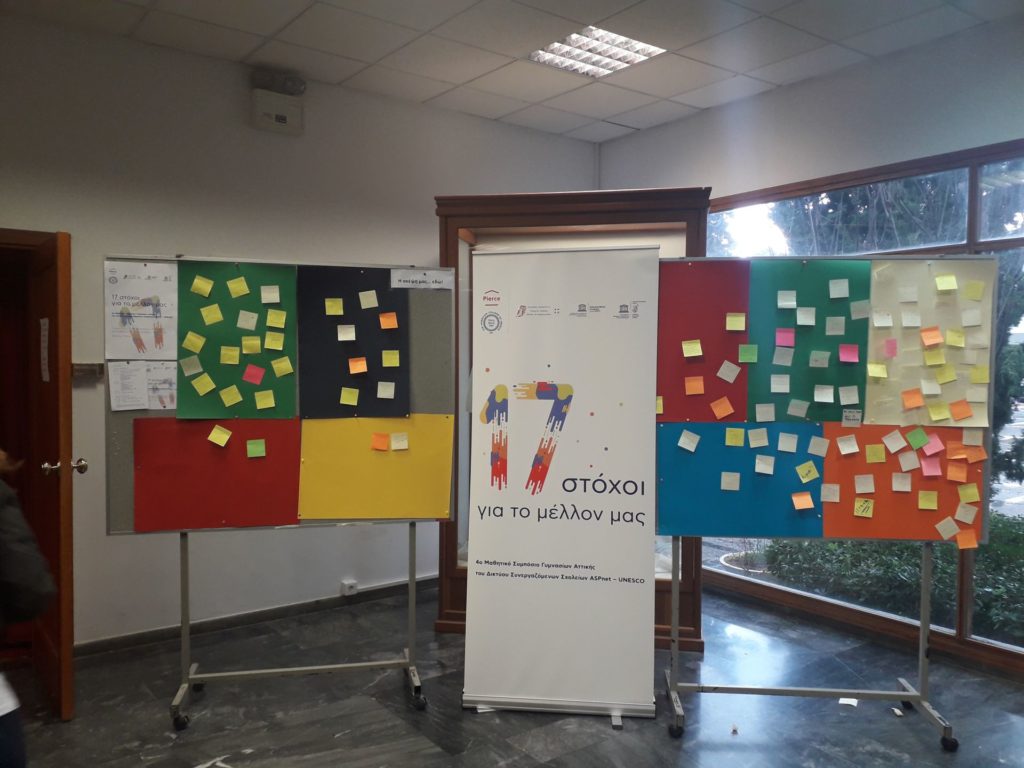