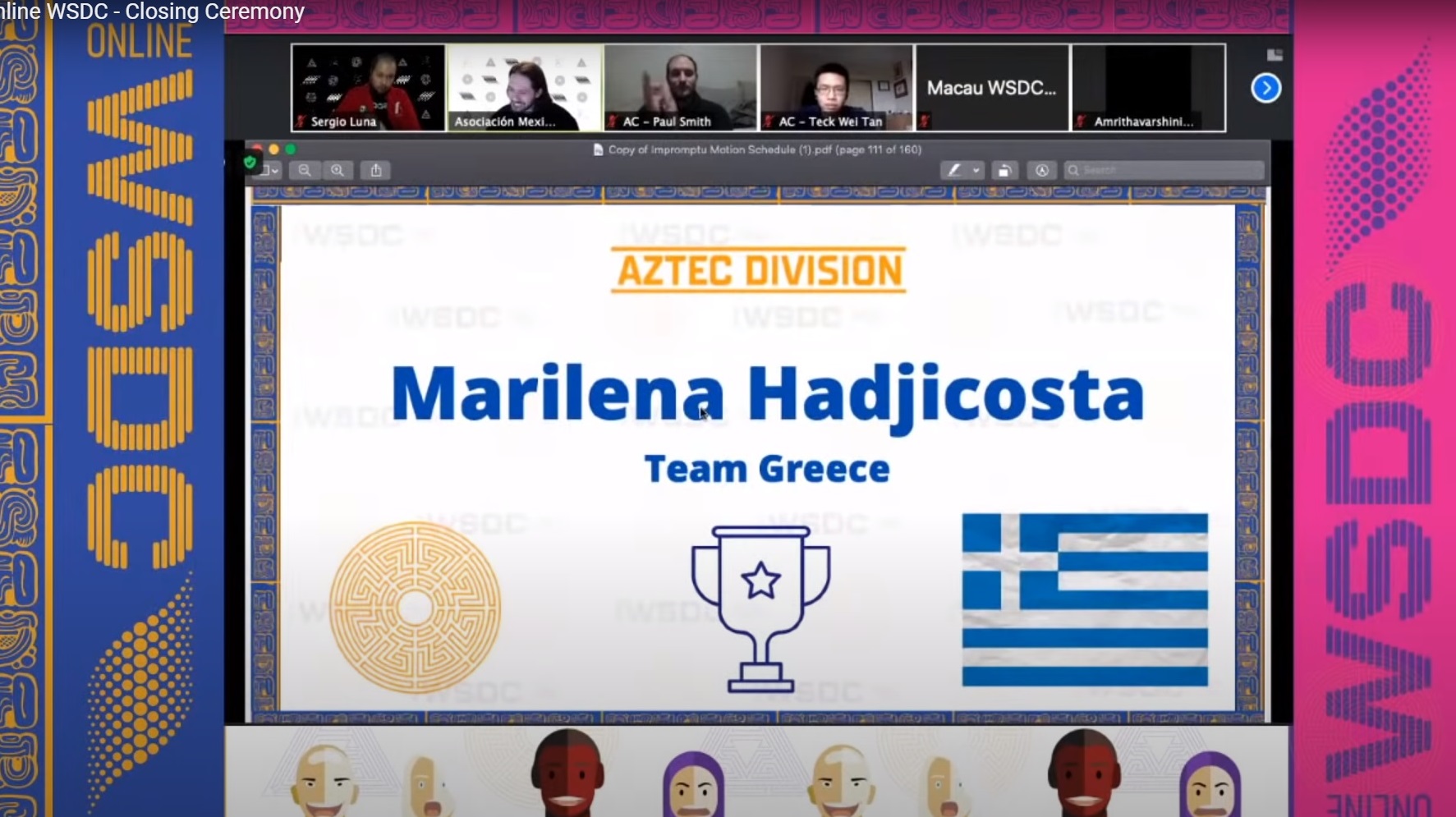 Marilena Hadjicosta and Panagis Gouvelis, Pierce students and members of the National Debate Team representing Greece, reached the top at the World Schools Debating Championships, which took place online during the summer of 2020, instead of in Mexico as originally planned.

Marilena achieved 1st place in the category of speakers for whom English is a foreign language (EFL) and came 9th in the overall speakers ranking. Panagis reached 10th place in the EFL category. 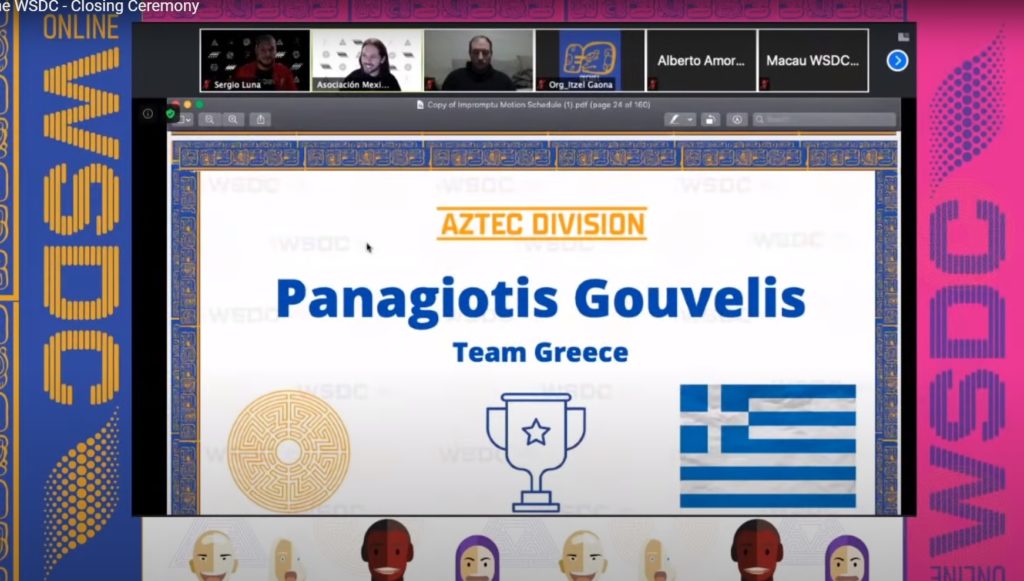 Team Greece consisted of 4 students (2 of whom were from Pierce) and came 7th in the world in the final ranking. It is worth mentioning that the two Pierce students who were awarded these distinctions are students of a Greek-language school, in contrast with the other members of Team Greece!

Marilena is also the recipient of this year’s Smith Book Award, which is presented to a female student of A or B Lyceum who has had an excellent academic record and has demonstrated leadership skills and an interest in others, making her a model of student behavior and social contribution.