On Monday, June 25, 2018, in the Pierce Theater, Award Night was held, during which the graduates of 2018 were recognized for their contribution and their activities in the Student Community, in school life, in clubs as well as in competitions and championships outside of school. 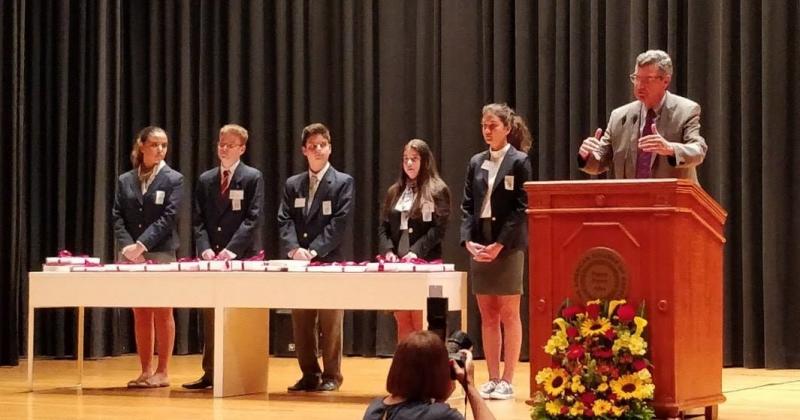 Something new at this year’s Award Night was the establishment of the Pierce International Baccalaureate Award by the Faculty, for the IB DP graduate who distinguished him/herself for his ethos and who embraced the values and ideals of the educational philosophy of IB: commitment to her efforts, responsibility, activeness as a citizen of the world, creativity, moderation, respect and sensitivity as a young person who envisions and endeavors to achieve a better, peaceful future. The award was given by Pierce Principal, Mr. Eric Trujillo to the IB2 graduate, Sarantos Mourkakos. 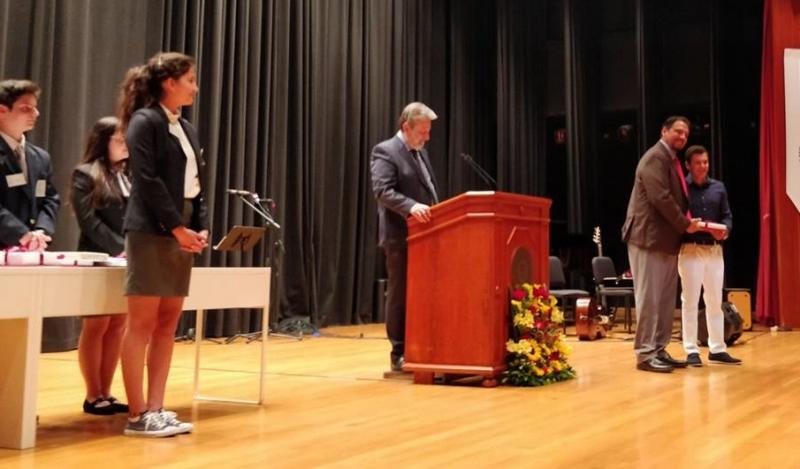 In addition, all graduates who distinguished themselves for their contribution and active participation in school life, for their collaboration with classmates and teachers in their contribution to society through the Student Community. The festive event ended with the awarding of Distinctions to students who took part in the editorial boards of the Greek and the English Magazine, in the Theatrical Clubs, in Greek Rhetoric and Forensics in English, in Youth Business Clubs, in the Choir, the Orchestra, in the Arts and Athletics, those who took part and received distinctions in Harvard Model Congress Europe (HMCE), το Model United Nations (MUN), in the Ambassadors, as well as in European and Panhellenic Academic and Athletic Competitions and Championships. 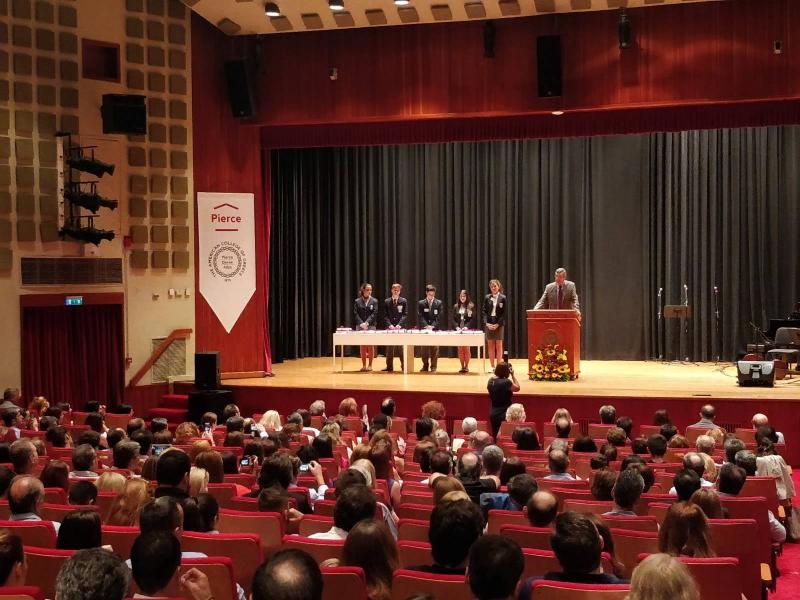 Awards description and Award Night Program.
Congratulations to all and good luck in your future careers. May you always distinguish yourselves and win awards!